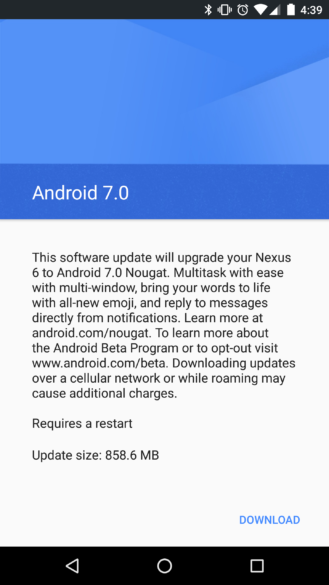 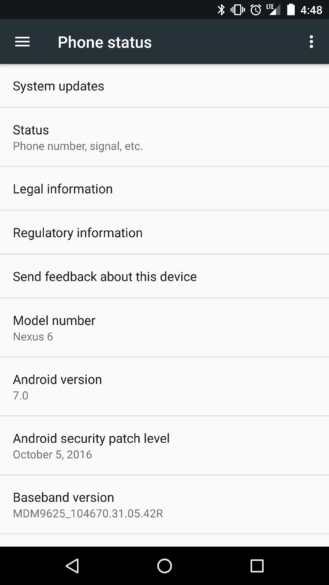 The update appears to be hitting all Nexus 6 devices worldwide, regardless of whether they're enrolled in the beta program or not. It comes in at about 860MB in size and carries the build number NBD90Z. It also has the latest October 5th security patch. If you haven't yet received the OTA or you're on a modified system, Google's made both the factory and OTA images available.

It's odd that Google didn't release these images a few hours ago, when all the other devices' security patch updates went up, but hey, at least it's here now. Unfortunately, Nexus 9 LTE owners may have to wait a bit longer.