It's been a while since we covered specific features of Android 7.0, and it turns out there are a few new-to-Nougat features that people are forgetting about. One of those features is the ability to pin apps in the share menu; even the big boss Artem forgot about this one. If you share things frequently and only use a few options, this could come in handy. 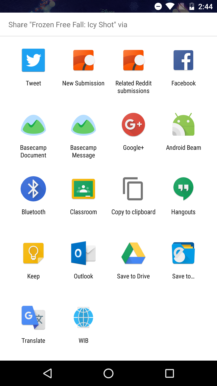 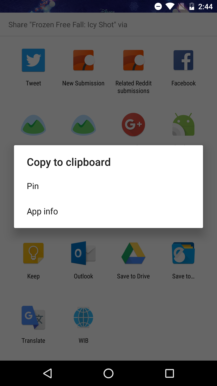 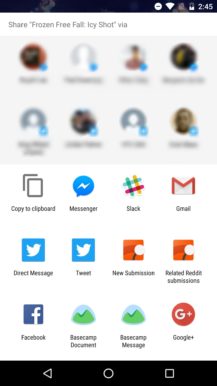 The process is quite simple.

To pin a specific function, simply long-press on the icon. From there, just hit "Pin" (pretty self-explanatory, I think), and you're done. For example, since I use "Copy to clipboard" all the time, I have it pinned. 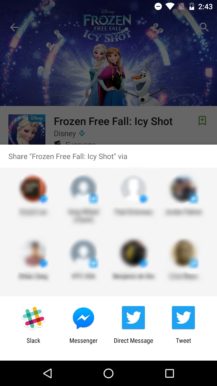 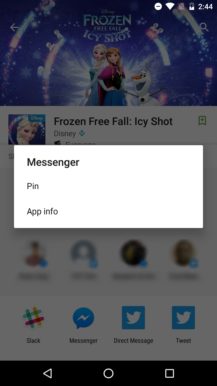 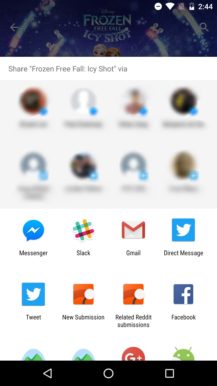 However, if you'd like to pin a specific contact (messaging apps such as Hangouts, Twitter and Facebook Messenger can do this), the app itself also gets pinned. For instance, you can see here that I pinned a Messenger contact from the top portion of the share menu (blurred out here). As a result, the Messenger app itself is now pinned. It's a minor annoyance for me, but hey, it might be convenient for some people.

Now that you know this feature exists, pin away!

Video: Taking a look at the Nexus 6, two years later