The YouTube team has been making lots of efforts over the past couple of years to bring its service and millions of videos to more users worldwide. This involves those who have access to fast internet connections and plenty of data, but also those who have very little data bandwidth and are still limited to 2G or congested 3G. Video, by default, doesn't fit well with the latter, but through conscious efforts like YouTube Accelerator and YouTube Offline, it can reach more of those devices and people who would seemingly be off-limits.

YouTube Go seems to be the culmination of these efforts. It's a new YouTube app designed from the grounds-up to be data-conscious thanks to 4 interesting features: 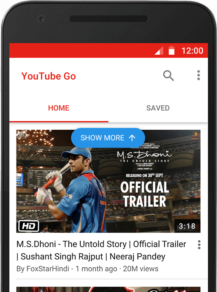 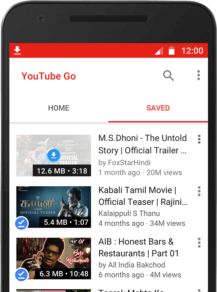 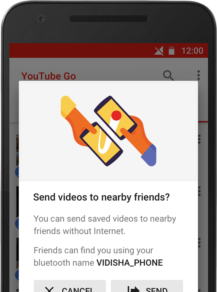 The whole app is more offline-friendly than what YouTube currently is, even in countries where YouTube Offline is available. It's built around saving and consuming videos with the least possible amount of data and the most possible transparency over what each video is going to cost you.

YouTube Go will be gradually rolling out over the next months in India. You can sign up to be notified at this page. Expect Go to be fully public "early next year," though there's no word on whether that means just India or if it will come to more countries too.