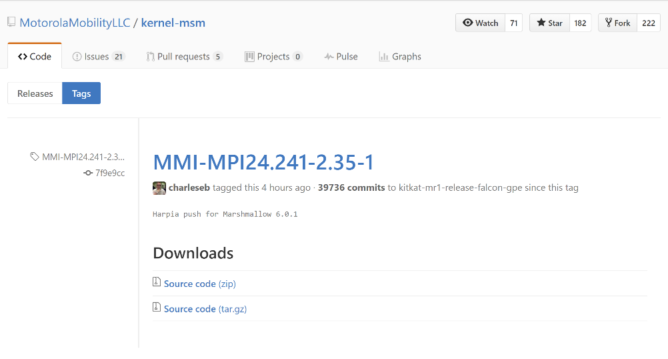 Back in June, Motorola published the source code for the G4 Play's siblings, the G4 and G4 Plus. Most recently, they posted the Moto Z Droid's source. Those phones' source codes were released pretty rapidly as well.

Make sure not to confuse this for the Moto Z Play, though; the Z Play is a more upscale device, and is actually Ryan's favorite phone from the Moto Z line.

If you'd like to have a look at the code yourself, hit the source link below.

Google Maps v9.38 adds a dedicated album for food photos and an upcoming events tab for your ...