Google set loose a new beta release of Maps, taking it up to v9.38. This release doesn't seem to have quite as many huge features as some of the last few, but there are still a couple of cool additions. There's a new tab with a list of upcoming events, bookings, and reservations. The dedicated album for food photos from a recent teardown is now also live. There are almost always a few other hidden gems in each release, so keep an eye out for more changes and let us know if you see anything else. 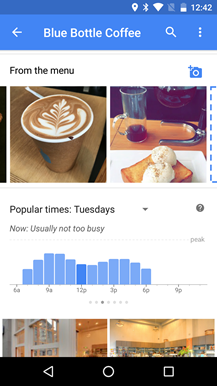 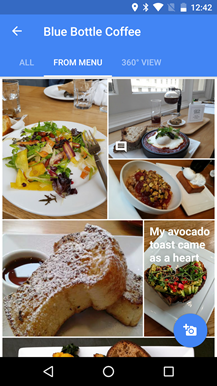 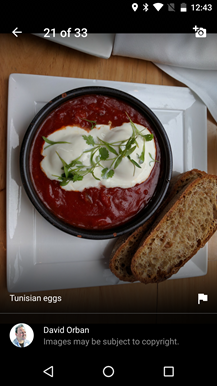 If you'd like to know what you're getting into before taking a first step inside of a new restaurant, Google Maps has long been a good way to get a sense of the surroundings, décor, and even the seating arrangements. You can also tell quite a bit about the food just by looking at it, everything from picking out significant ingredients in a bowl of green curry to how fancy the preparations are. Now there's a dedicated album for photos of different dishes at each restaurant.

Signs of a dedicated food photo album first appeared in a teardown of v9.37. The images appear just below the sections for location details and online bookings, and just before the popular times graph and ratings. Tap on a photo and the new-ish photos section opens up to a scrollable list in the new "from menu" tab. Tap on any of these pictures and a dedicated screen shows the selected image. The scrollable list also shows small comment icons if the image has description text.

While food photos now have an album tab all to themselves, they're also mixed in with the rest of the location-specific shots, at least for now. Hopefully this changes in the future, just to make it easier to filter out the noise. Google's image recognition algorithm also misses a few pictures from time to time, so they don't appear in "from menu" while they can be found under the "all" tab. Maybe this would be another good opportunity to give points to Local Guides for helping out with a little bit of manual sorting. 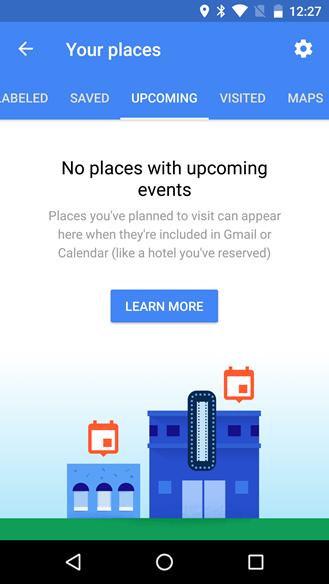 The other new feature popping up in this release can be found in the "Your places" screen. A tab called "Upcoming" has been added right in the middle of the group. The purpose of this screen is to list events occurring at the places you're planning to go to in the near future. The list will be heavily based on information from Calendar and Gmail on connected accounts. It's not clear if this list includes things that aren't specifically booked.

I don't have any trips planned in the immediate future, but it looks like the contents of this list will focus on things like hotel bookings, reservations, and other scheduled items. This will probably become a very useful feature while traveling. In fact, it should probably become a destination for Launcher Shortcuts once they officially return.