Data Saver has been an option of Chrome for a while now, but it's still limited compared to the powerful compression of Opera. At best, I've seen it reduce my usage by 15%, but that might be changing soon as the feature gains one important addition: video compression (just like Opera). The team claims that this can save you up to 67% of data on mp4 videos, which is fantastic. That's probably the best-case scenario though, so expect lesser results depending on your usage.

Google Web Light was introduced over a year ago as a way for Google to optimize web pages for slower connections by loading up to 4 times faster and using up to 80% less data. At the time, the feature was piloted in Indonesia and coming soon to India and Brazil, but there was no way to get it in other countries unless you just wanted to test it out at googleweblight.com.

Now what was previously known internally as Web Light is becoming part of Data Saver on Chrome for all users with seemingly no geographical restriction. If you're on a slow connection, the page you're viewing will be immediately optimized to open faster and use less data. I've been seeing it in action over the past couple of days while staying at my mountain house in Lebanon which suffers from horrible reception in certain spots. 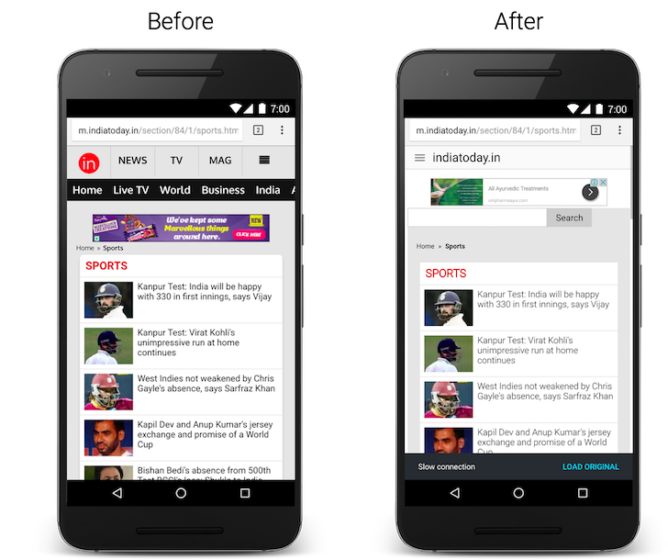 It's worth noting that this Data Saver feature is different from Accelerated Mobile Pages which fall on the website to implement and mostly show up in search results (whereas Data Saver is a compression that Chrome applies regardless of the site). It's also different from the "make page mobile-friendly" option that has been showing up more frequently lately (but was introduced last year) in Chrome and Custom Tabs and that transforms articles mostly into a reader-friendly format akin to Instapaper and Pocket.

We first spotted the new Download Manager in Chrome Dev earlier this month, but it was finicky and not working for everyone. Then it made it onto Chrome Beta. And now it's officially announced and we get more details about how it works.

You can download images, videos, and full webpages for offline use, and the download will resume even if your connection gets cut (yes!). All of your saved things will be accessible from the new Downloads item in the Chrome menu and you can view them anytime and as often as you want. 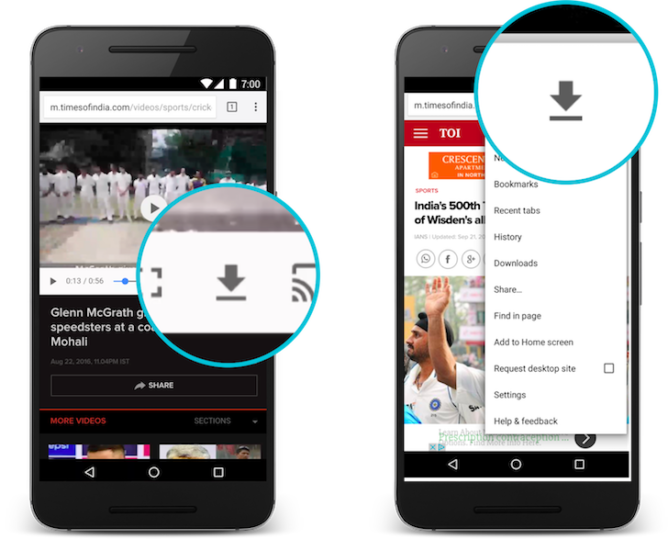 The feature is still only available in Chrome Beta, but the team says that it will, predictably, come to all Chrome users soon. Most probably, that'll be when Chrome stable reaches version 54.

Chrome Dev started showing Google Now-like articles for you to read last month, and the feature made it to the Beta a couple of weeks ago. Now the Chrome team is saying that these personalized suggestions of pages to check and articles to read will be available to everyone with the next Chrome release (which again, means when stable reaches v54).

There are no new APKs to download. The Data Saver improvements should already be live in Chrome stable now, and the new tab page and download feature are there in Chrome Beta 54 and will make it onto the stable release when it hits v54 too.

OnePlus partners with O2 to sell the OnePlus 3 in the UK, available from September 29