Hangouts v12 came out last month and we took an opportunity to have a couple laughs at its expense over what appeared to be the only actual new feature: a ¯\_(ツ)_/¯ emote, accessible by typing /shruggie into a message box. With this update, that little guy brought all of his friends. Yes, the rest of the emote list is now accessible in Hangouts v13. There is also a new option to open web links with an in-app browser, though it may not be available to everybody just yet. And finally, the teardown shows Hangouts will have its own launcher shortcuts when Android 7.1 comes out.

While we can mock the shruggie, emotes can be very useful in conversation, or at least funny with the right timing. This update takes the feature a bit more seriously and adds a bunch of familiar emotes that have been available to the web version for quite some time. This includes classics like /dealwithit, /tableflip, and /facepalm. Here are screenshots of what they look like and a list of the specific keywords to activate them: 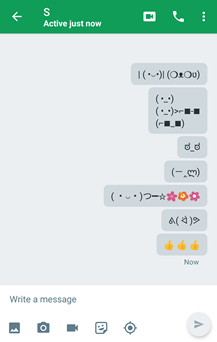 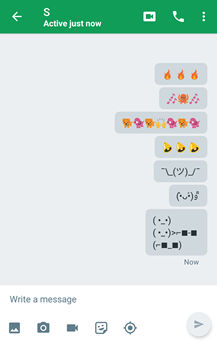 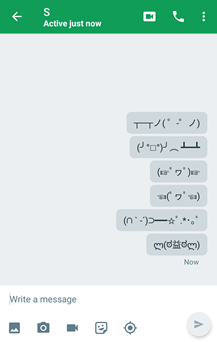 Remember, each of these keywords must begin with a forward slash '/' to make them work. 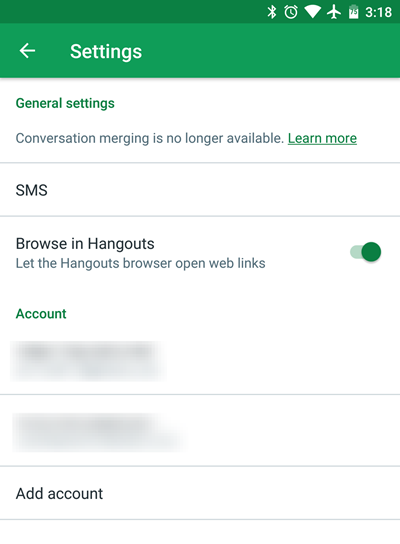 If you aren't a fan of switching to a browser to see links posted in chat, this update has something else for you. There is a new in-app browser option popping up for some users, giving them the choice to use Chrome's custom tabs instead of opening a separate browser app.

Strangely, this option doesn't seem to appear for everybody. It didn't show up on any device I've tested with, including a Nexus 5 with all apps fully updated, but it is there for Artem and a few others. It looks like there's a server-side switch controlling this for some reason.

As we now know, Launcher Shortcuts will almost certainly return in a new and improved form with the release of Android 7.1. With the announcement date fast approaching, many of Google's core apps are getting updates to add their own shortcuts. Joining the list is Hangouts.

Like most of the previously discussed apps, Hangouts list of actions isn't particularly surprising or unusual, they just give users a way to skip the standard interface and go straight to the features they want. For now, that list includes: