The YouTube Gaming app received an update yesterday, taking it to v1.7. Google has already posted the changelog and this release appears to be mostly about fixing up the chat experience. There are improvements to both the chat interface and the underlying code that drives it. There are supposed to be changes to better support Android 7.0 Nougat, although it's unclear what they are, and the typical assortment of bug fixes and performance improvements. Of course, with each new version comes a new easter egg. 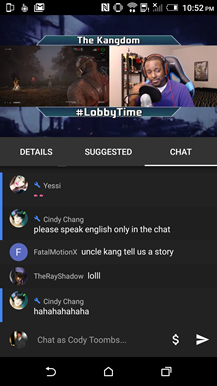 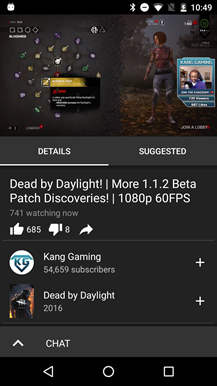 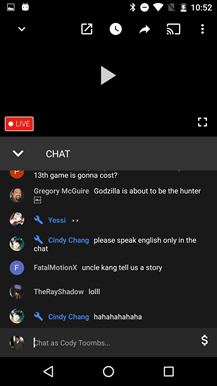 The only truly notable changes you'll see in this release are in the chat window on live streams. In previous versions, the chat stream could be found under the third tab page. Version 1.7 breaks it out of the tabs altogether and places it in a dedicated slider at the very bottom of the screen. In terms of space, this actually reduces usable area on the screen for the Details or Suggestions tabs, and when the chat window is open, it looks basically the same as earlier versions. The chat stream itself looks a bit better with slightly different logic for line wrapping and highlight colors for names. 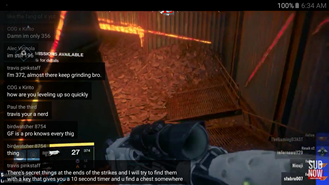 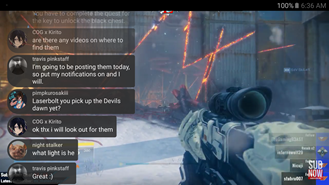 The fullscreen horizontal view shows some good visual refinements, albeit not overly complicated. Chat messages now come across with the writer avatar, and the chat boxes are now slightly rounded on the edges instead of using perfectly sharp rectangles. This may sound basic, but the sharp edges and text-only look of the old version felt very unfinished, so this is definitely a step up.

If you've been following along with the easter eggs for YouTube Gaming, you know the routine by now. Each new version adds a new easter egg based on a significant name from gaming history. In some cases, this is one of the true classics like Asteroids, or a more recent award-winning epic like Elder Scrolls V: Skyrim. The games are chosen in alphabetical order, making 'H' the hint for the most recent selection. If you're not up to the hunt, the answer is in the expandable box below. If you'd rather do the hunting on your own, go on and download the latest version from the Play Store or the APK Mirror link below.

Frankly, this version's easter egg is about as obvious as it can get. One franchise would come to rewrite the future of modern first-person games by bringing story, dialog, and scripted events to a genre that had previously been known for little more than collecting ammo and blowing away anything that moves.

The series would also spark a massive modding community and give rise to a company that would ultimately bring some modicum of civility to the experience of purchasing and downloading games. Of course, I'm talking about Valve's Half-Life. 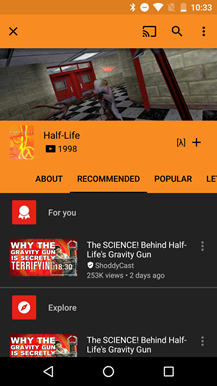 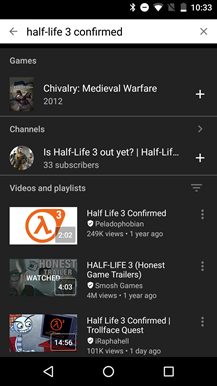 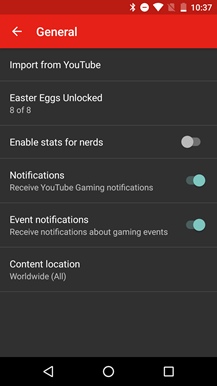 There are no complicated steps or tricks to activating this easter egg, just search for Half-Life and open the page for any of the games belonging to the franchise. This only counts for games bearing the Half-Life name, and not any of the mods like Counterstrike. Look for the Half-Life logo on the right side below the hero image, next to the little '+' sign. Tapping on it will open a search for one of the Internet's favorite memes: "Half-Life 3 Confirmed."

Oh, and if you're looking for the secret for v1.6, you can find it here.

Chatting with Google: The many ways Assistant replaces or augments OK Google, Google Now, and ...