Fitbit just unveiled its two upcoming trackers, the Flex 2 and Charge 2, but there's more that the company is adding to its trackers' experience this week: Adventures.

Sitting inside the Challenges tab, there will be a new series of challenges to compete in, except these are personal ones that you can undertake at your own pace and with a lot more to gain than just bragging rights against your friends. Adventures are virtual experiences through known landmarks, with 180-degree views, hidden treasures, and mini challenges that you can follow for several days.

The idea is that you can match your steps in real life to the virtual trails at each location and thus aim to reach your daily goal to unlock the view from the destination. I haven't tried Adventures out yet, but I really like the idea of making a more immersive and exciting experience out of fitness and health.

The first location available in the Fitbit app is Yosemite National Park, with 3 different challenges: Vernal Falls (15000 steps total), Valley Loop (24000 steps), and Pohono Trail (42000 steps). There are other Adventures coming to the app later, including the TCS New York Marathon route. 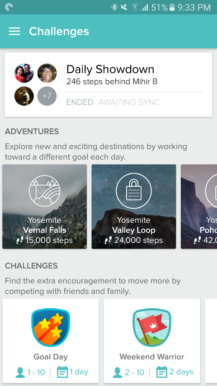 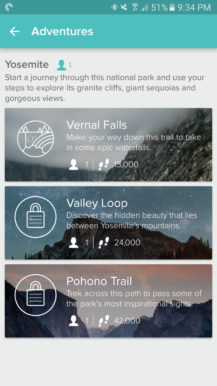 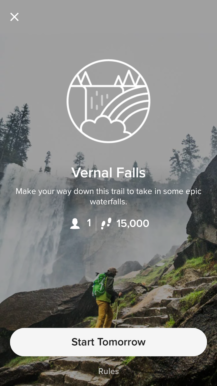 Adventures are already live in the Fitbit app on Android (and iOS and Windows) - they don't seem to require an update to show up. You can find them in the Challenges section and you'll be able to schedule the first one to start tomorrow.

An update to the Fitbit app has rolled out with the second promised set of adventures from the New York City Marathon. There are 3 different courses you can partake in, virtually: the 3.1 Miles (5K), 10 Miles, and 26.2 Miles full marathon. Just like the Yosemite park ones, you can go at your own pace and you will discover photos and experiences as you progress through the trail. 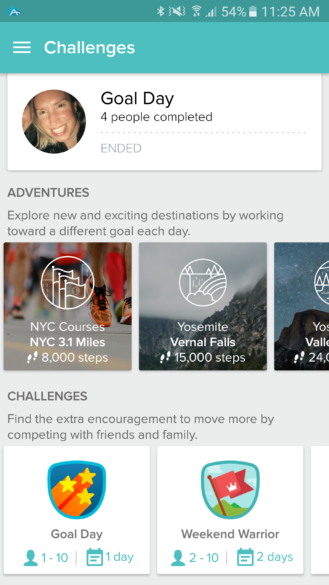 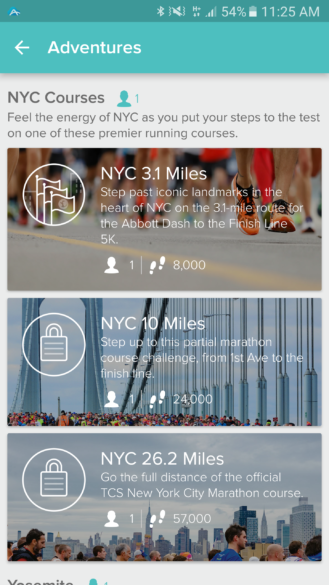