For example, you can create a task called 'Add as wallpaper' that appears as an application in the Share menu, and when you share an image to that application, it inserts all available data into your Tasker task. That alone is extremely useful, but the 2.0 update adds a new feature called Text Processors. This allows you to manipulate text inside apps with Tasker tasks.

The above video is just one example, but as you can see, it adds an entry to Android 6.0 Marshmallow's text selection. There are so many potential uses for this, it's hard to wrap your head around it. Want to let someone know where you are? Make a task to insert your GPS coordinates in apps without location sharing. Want to insert that chair-flipping emoticon (╯°□°)╯︵ ┻━┻ without copy and pasting it? Easy.

If you want to try it for yourself, the developer has made a guide for creating tasks with the new Text Processor feature. You can grab the Tasker plugin itself from the handy dandy widget below. 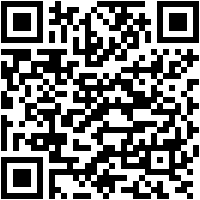 Allo vs. Hangouts: Should you make the move?