This teardown is a bit different from most. Instead of examining a single apk, or even a closely related set, I opened almost every apk Google actively distributes. The contents of this post are expected to be relevant to the upcoming Pixel Launcher, but very little information actually comes from the Pixel Launcher itself. Sometimes the bigger picture is more telling than what you can get from just a single app.

This post features primarily cosmetic changes we can expect to see in the Pixel Launcher. Part 2 will dive into a much more functional component.

For the last couple of months, updates to many of Google's apps have been rolling out with something unexpected: new launcher icons. What made them different is that they looked like FABs (Floating Action Buttons) – always circular and usually composed of the existing app icon pasted on top of a white background. This began with a couple of apps in a leaked Marlin system image, specifically the Calculator and Camera, but has since progressed to many of Google's other applications.

Things got a lot more interesting when app updates built for API 25 began to show up, starting with with the Play Store. Of course, Android 7.0 is API 24, but the appearance of API 25 even before the final release of Nougat was a clear sign Google had started using a newer SDK in-house. While most of the changes with the upcoming API are still unknown, a couple of notable differences could be found in the AndroidManifest. The one covered in this post (part 2 will cover the other) is a new property called roundIcon appearing on the <application> tag. Just like the icon property, the roundIcon points to an image – always one of the new FAB-like icons. Here's an example taken from the Duo 2.0 update that landed just yesterday.

At this point, I've probably teased the new icons long enough, so here they are, starting with the original pair that appeared in a leaked Marlin system image. The original square icons are included next to their circular counterparts. 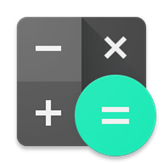 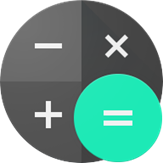 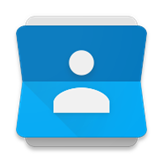 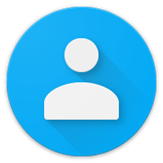 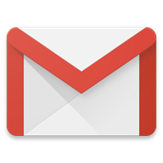 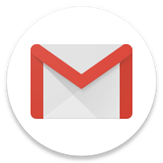 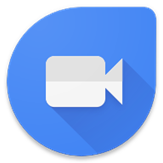 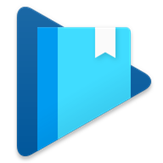 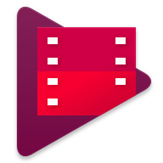 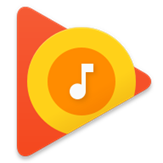 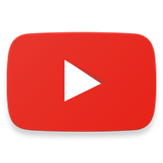 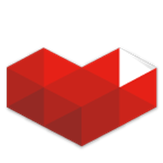 I won't spend a lot of time critiquing the artistic effort that has gone into these or the idea of adopting a standardized shape for all icons – we may have somebody far more qualified taking care of that shortly – but it's clear some of the icons were given considerably more attention than others. A little over half of the list is made up of white bubbles with the original icons pasted into the center. The Google Play apps in particular (i.e. Music, Movies & TV, and Books) look very awkward shoehorned and scaled down to fit within the circles. However, a few icons have been carefully cropped, and a few others have even gone through some very distinct and thoughtful modifications. It is possible many of these are placeholders until Google's designers can make time to produce properly updated versions.

Now is a good time to mention that some of the apks with new circular icons still don't use the roundIcon property to point to them, but those same apps also don't yet target API 25. For now, those images aren't referenced or used at all, which means they're basically just hanging out, waiting for a teardown to come along. These include Google Drive, YouTube, and YouTube Gaming.

I'd also like to point out that some of Google's existing lineup of apps already take the shape of a circle, including Google+, Android Pay, and others. None of these apps use the roundIcon property yet.

I intentionally left the Calendar app out of the above lineup because it warrants a bit of special attention. Unlike Google's other apps, it provides a special ability to change its icon based on the current date. This feature is currently limited to the leaked Pixel Launcher, but other launchers could easily copy this feature.

One interesting note is that the Calendar app doesn't actually include a standard round icon like all of the other apps mentioned above. Instead, it provides a circular base and the 31 digits necessary to generate a round icon. Perhaps more interesting than that is the same set of icons intended to produce a "regular" icon, which matches the icon it has had for many years now. In other words, Google may not care about offering a static round icon, but obviously wants the Calendar to be dynamic in both round or regular mode. Make what you will out of those priorities. 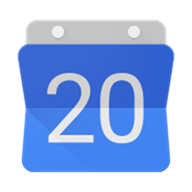 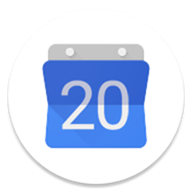 For those that may be wondering, this is also a very unique pairing between the Pixel Launcher and the Calendar app. The Pixel Launcher uses a class named DynamicIconProvider to specifically access Google's Calendar app and request the necessary resources to put together the final image. In other words, third-party calendar apps, or any app that might want to regularly change its icon, won't be able to replicate this behavior. Keep in mind that the Pixel Launcher still hasn't been officially launched, so it's too early to assume this capability won't be available to apps at launch or sometime in the near future.

How are they going to be used?

At this time, the only thing that's truly certain is that these icons are intended to appear on launchers. This much is obvious from the filenames on many icons. To add to this, there is another somewhat telling class named CircularIconProvider within the decompiled code of the leaked Pixel Launcher. Its job is to request icons from the package manager for applications. The interesting part is that it looks for them using the name com.google.android.nexusicons, which may suggest Google only expects the round icons to be significant on the Nexu...err, Pixel devices.

The thing that isn't entirely clear is if the Pixel Launcher will require the use of round icons. They may only appear in a special mode or be presented in a Google-only folder.

Whether Google only cares about putting them on the Pixel Launcher or not, the roundIcon property will be accessible by any launcher that wants to read it, so OEMs and third-party launchers like Nova will also have the option to read the images and use them however they see fit. On the other hand, and this is fairly important, there's no reason to believe the regular icon will be going anywhere. Until there is evidence otherwise, the round icons are little more than an icon pack specifically intended for the Pixel Launcher.

At this time, most third-party developers aren't shipping round icons with their apps. Most home screens would probably look fairly bad with a significant mix of round icons next to a bunch of square-ish icons. There are a couple of possible workarounds for this, but none of them are particularly desirable. I've shared some possibilities with the rest of the Android Police team and we tend to agree that automatically masking existing icons or merging them onto little white circles would produce some unfavorable results. And the only remaining hack might be to allow users to choose which icons they want, which will probably result in almost always choosing the standard set over a crude mix.

It goes without saying that a big shift in the look of Google's icons will put some pressure on app developers; but is everybody expected to create round variants for their icons? Would developers even put in the effort before Google goes all-in? Right now, only 17 apps have both styles, and a handful more already had round icons. We're at least a couple of weeks from a formal release of the Pixel Launcher, so there's time for more of Google's apps to join the list, but it's unlikely that we'll see some of the rarely updated apps treated to an update just to add an icon.

For now, that's about all there is to say about the "circlification" of Google's icons and the Pixel Launcher. It's fairly obvious this change in design direction won't end with icons, as we've already seen in leaked images. It's starting to look like rectangles may not have as much of a place in Android's future, Google is in the pocket of Big Circle.

Alternate Title: The new pixel launcher icons... Or the one in which we see a dorito on a plate 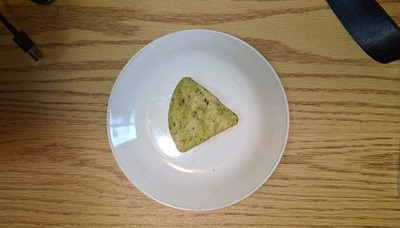