If you know about the Galaxy S7 line, you know that the G93xU models are the most desirable ones for US carriers. Not only are they unlocked for use on all four major networks in the US, but they're also bloatware-free and work with Samsung Pay out of the box. These unlocked versions had some issues with slow updates early on, but they've since caught up with carrier models. This is the first time we've seen the G93xU models sold for any discount, and it's a pretty substantial one. 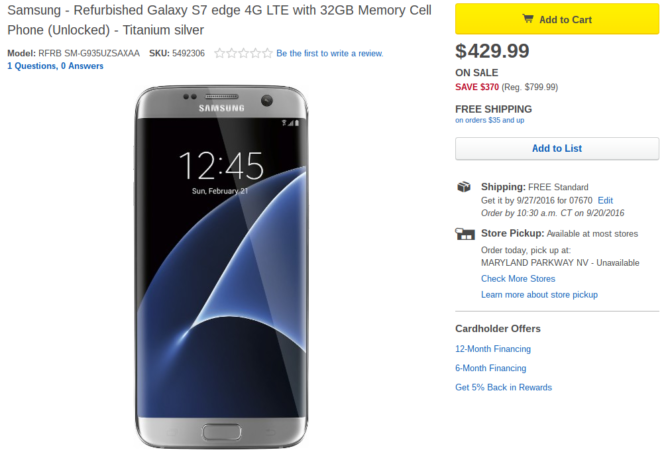 If you're interested, you can't be picky with color choice. Only the Black Onyx color is available for the Galaxy S7, and Titanium Silver is the only color on sale for the S7 edge.

And now, a bonus deal - you can grab a new Galaxy S7 edge Olympic Games Limited Edition (the one with mismatched colors and the Olympics logo on the back) for $769.99 ($80 off). Samsung gave thousands of these out to Olympians, so if you buy one of these, you might be able to convince some uninformed people that you competed in the Olympics. This is also a US unlocked model, so you'll get the same advantages that were mentioned above.