To differentiate potentially dangerous Galaxy Note7s from the safe, revised models, Samsung was reported as changing the battery indicator in the status bar from white to green on new models. However, that's not the only change the Korean company is making; Samsung Newsroom is now saying that the new indicator will also appear in other areas of the OS as well. Verizon's software update page for the Note7 confirms this.

According to Samsung, the green battery icon will not only appear in the status bar, but also in the always-on display and reboot menu. It will arrive on all devices via an update. 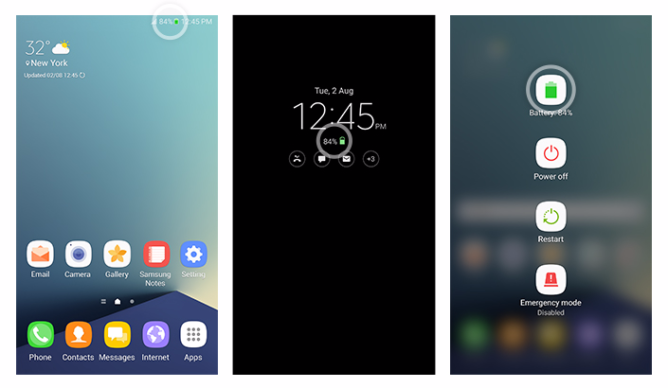 In addition, the revised model's box will have a black square next to the device's hardware information.

Safety Recall Notice:
Your safety is our highest priority. Power down and stop using this device. The battery may overheat, posing a fire or burn risk.

You can learn more about the Note7 recall here.