Text messaging applications are a dime a dozen. Luke Klinker, the developer behind Talon for Twitter and EvolveSMS, is working on another SMS app. Simply entitled 'Messenger' while in testing (the final release will have another name), this app allows you to use SMS on your phone, tablet, Android TV, through a web app, and even with a Chrome extension. As far as device compatibility goes, this is pretty impressive.

When installing Messenger for the first time, you are prompted to create an account to sync your SMS messages with. I would have much preferred a Google login like Pushbullet, but it works as you would expect. Messenger on your phone keeps your SMS messages synced with your account, so you can text from wherever you are (as long as your phone is online). 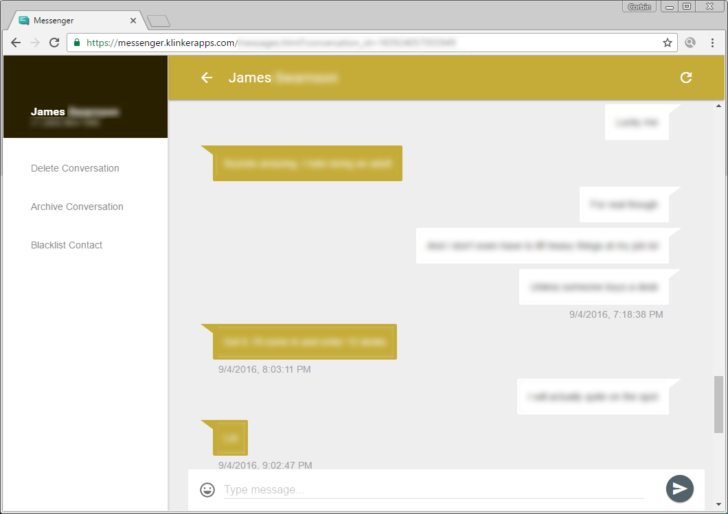 I messed around with the web app for a bit, and while it's somewhat basic in its current form, this is beta-quality software. Klinker claims that Messenger uses end-to-end encryption for all sync, so security is much less of a concern.

If you want to try Messenger for yourself, join in the public beta here and install it from the Play Store here. The app itself is (and will be in the final release) completely free, but SMS sync will be $1.99 every three months or $5.99 yearly once the beta period ends. For comparison, Pushbullet Pro allows for unlimited SMS messaging from any device, and it costs $39.99 yearly.