As someone who's kind of exhausted by the amount of Star Wars promotional material that's being vomited into our culture at the moment, I have to admit that the remote control BB-8 from Sphero is pretty awesome. Because even toys need sequels now, this year we're getting the original adorable droid in remote control form: R2-D2. Hasbro is planning on releasing a similar toy, complete with all the smartphone connection goodies. Here's the official app for it.

The foot-tall Smart R2-D2's primary play method is direct remote control via Bluetooth, plus a few beep-boop sound effects and dancing on command as well. But kids (or adults with too much free time) can also engage in pre-programmed "missions," or create their own with simple programming-style blocked sequences that can be sent to the toy for execution. It's all tied together with the Death Star plans from the original movie. Even more functionality can be unlocked by scanning in other Hasbro Star Wars toys - sold separately, of course. 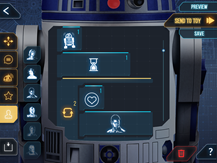 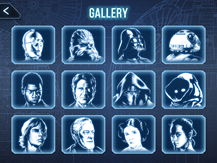 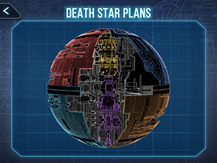 I can't actually find US release date information for the Smart R2-D2 aside from "later this year," but the toy will be out in the UK on September 30th for a hundred pounds. So I'm guessing that it will hit your local retailer around the same time for, say, $120, followed by an eBay release for twice that much. The controller app is free and works with Android 4.3 or later. Google is rebranding 'Google for Work' to 'Google Cloud,' for some reason