The NVIDIA SHIELD is probably the best Android TV hardware out there (it has Borderlands!), and today it's getting even better, with the addition of Plex DVR to the latest Plex Media Server beta, which enables the recording of any over-the-air TV channels through any web browser.

Plex Media Server released on SHIELD earlier this year, so Plex DVR is just the latest feature to come to the service. This apparently makes the SHIELD the only streaming set-top box with DVR functionalities, which only makes it more attractive as an Android TV box. To use Plex Media Server, a Plex Pass is needed, however, which may dampen things somewhat for a number of potential users.

NVIDIA's blog post says to set up Plex Media Server on your SHIELD, you need to download Plex Media Server beta from the Plex forums, although this post is currently locked. An HDHomeRun tuner, plus a digital antenna, needs to be plugged into your home network. Once that is done, start Plex on the SHIELD and navigate to Settings -> DVR to configure the tuner and input location data that the programming guide needs. Then you're ready to start recording!

NVIDIA also recommends the SHIELD Pro 500GB as the best device to use Plex DVR with. However, if you have the cheaper SHIELD with 16GB of built-in storage, NVIDIA says an external hard drive, flash drive, or microSD card can be used, as long as it is formatted as internal storage.

For the NVIDIA SHIELD, this is just another weapon in its growing arsenal. The Plex Media Server app is available through Google Play, but the beta needs to be opted into, which you can do here. As mentioned, the forum post is currently locked and the beta does not appear to be live yet on Google Play, but once it is we will let you know. 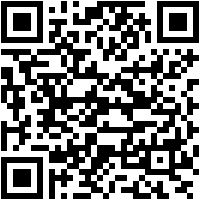