So when Google's own Chromecast Audio got an update to support Hi-Fi audio and multi-room (aka grouping) back in December of last year, owners of some of these speakers had to wait, and wait, and wait, and wait a bit more to get the same functionality on their own speakers. Just a few days ago we had somebody complain about how their Sony SRS-X77 still didn't do device grouping. Well, after about 10 months, the wait is over.

Sony's SRS-X77, X88, and X99 speakers are all getting an update now — or soon or maybe even earlier depending on how lucky you are — to firmware version 1.40.2786. The firmware dates back to June 2016 and we're not sure what exactly took it this long to roll to users, maybe it was slowly being released or maybe Sony was just terrible at deploying it on time after it was finished. 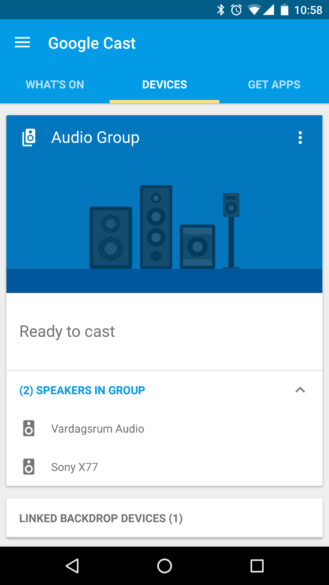 Sony's page (linked below) has all the instructions on how to apply the firmware and then lists improvements such as reduced waiting when using it the first time, as well as new features: high-resolution audio and mirroring. Although not listed here, it appears that the update also enables grouping of the speaker inside the Google Cast app so that you can handle multi-room listening around your house. Time to get your SRS up to date and pump up the music.

Onkyo's NCP-302 is a Bluetooth and Google Cast-enabled speaker that also supports Play-Fi, ...