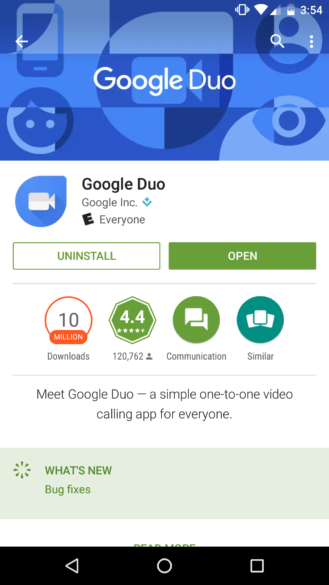 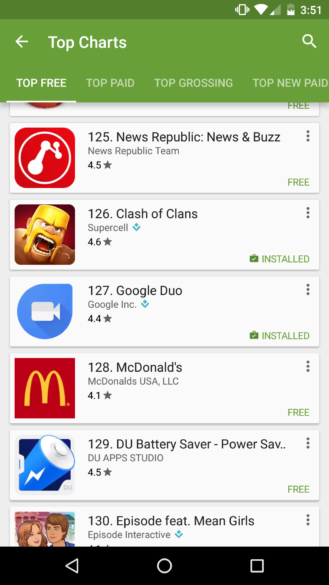 Even though Duo had risen to the number one free app in the Play Store just two days after its launch, it's since plummeted to 127th place, sandwiching it between the popular mobile game Clash of Clans and the McDonald's app. It seems like the momentum it gained from all the hype it received has run out.

Those who use it seem to like it, though. Duo has a rating of 4.4 stars on the Play Store, which isn't bad at all when compared to competitors like Hangouts at 3.9 stars and Skype at 4.1 stars. In addition, Rita thought quite highly of it in her review.