There's no denying that the Galaxy Note 7 recall is a big deal, but as with any big story, a little caution is called for when reporting on it. There are in fact other things that can catch fire besides the Note 7, including - gasp! - other smartphones. Such is the case with one of the more dramatic reports of a Galaxy Note 7 malfunction. As it turns out this New York Post article about a 6-year-old injured by an exploding Note 7 (which still hasn't been updated or corrected (update: see below)) is in fact about a Galaxy Core Prime, an entirely different Samsung phone model. This local NBC affiliate gets the story right, including video of the device in question and an interview with an expert who notes that the accident wasn't specific to the device.

To be clear, I don't wish to diminish the impact of an injured child in any way. (Reportedly the Brooklyn family took him home after a hospital visit for first-degree burns to his hands.) But there's a pretty important feature of the Galaxy Core Prime that makes the story more nuanced than the New York Post probably realized, aside from the fact that this particular phone hadn't been recalled. The Core Prime was designed almost two years ago, and features a removable battery - the faulty batteries in the Note 7 are fixed inside the body and can't be easily replaced by the end user. It's entirely possible (though not known at the moment) that the phone was using a damaged battery in an otherwise fine device, or even a third-party battery with substandard manufacturing methods. It wouldn't be the first time. 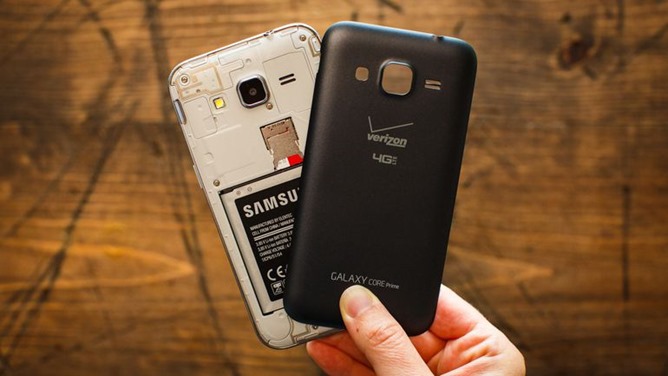 Smartphone users would do well to remember that basically all lithium-ion and lithium-polymer batteries carry at least some small risk of malfunctioning, especially after years of use, physical warping, exposure to temperature highs and lows, et cetera. Samsung isn't the first company to issue a massive recall after discovering batteries that are more than usually prone to catching fire. Like that gas cylinder in your office chair that has a tiny, tiny chance of exploding directly into your genitals, it's one of those little possibilities of modern life that we try not to think about.

If you're unfamiliar with US newspapers, the New York Post isn't exactly a bastion of editorial integrity. It's not a shock that the paper sprang to report a dramatic story that ties into recent headlines without checking the facts. For the record, the best ways to decrease the already-low chance of a lithium-ion battery explosion are to avoid overcharging, keep your phone from getting excessively hot, and never bend or crack the battery casing. Avoid replacement batteries from unknown sources.

After this story was published, the New York Post article was rewritten to correctly identify the phone as the Galaxy Core Prime, though it still uses a Note 7 as the header image. No update or correction - like this one you're reading now! - was included in the new text. Like I said, the Post isn't known for quality journalism. Here's the original post over at Archive.org if you'd like to see it in its full sensational glory.

Android platform distribution, September 2016: Marshmallow climbs, and not much else