In the last couple of days, we've received a couple of tips from users telling us that the option has now shown up for them inside the Google Cast app. And now it's finally been officially announced by the Google Cast team. You'll find it under the Device settings of any Chromecast connected to your app. 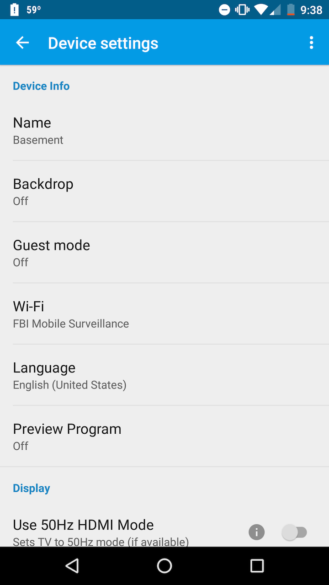 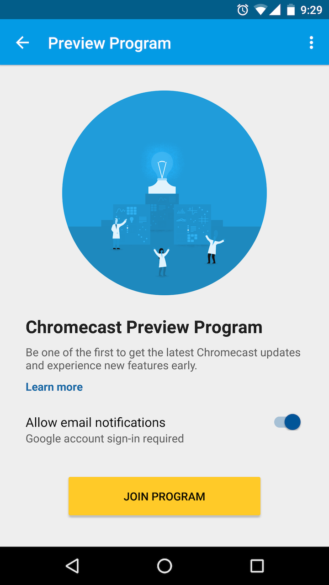 Once you tap on the Preview Program option, you'll see a short description with a toggle to allow email notifications and a button to join the program. If you do, you'll receive an email from Google welcoming you and explaining that you will get access to new features before they're released to the public, that Google will also email you when a new firmware is available, and you'll be able to send feedback to the team when you run into issues. 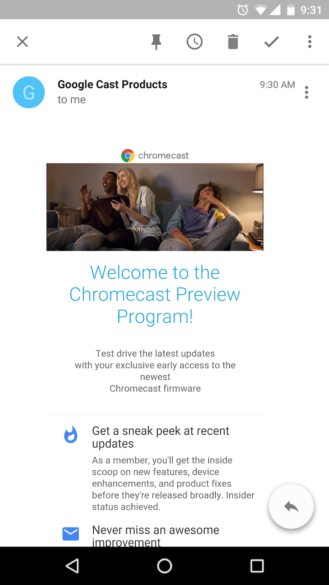 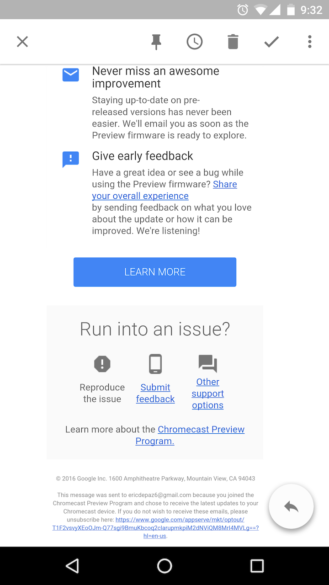 It appears that there are no test firmwares available yet, but the program is already live so you can join if you want to be ready whenever a new firmware rolls out.

LG, the V20 is your best chance for smartphone success in years - don’t screw it up