Let's discuss the feature addition that our emails, Google+, and Twitter have been exploding with tips of; the Google Calendar app now shows the correct date. (The date this article was written on is September 12th, by the way.) Today Calendar and iOS have had this for quite a long time, and it's finally being supported by Google's own apps. Essentially, the launcher includes an icon with every date from 1-31 inside a white circle. 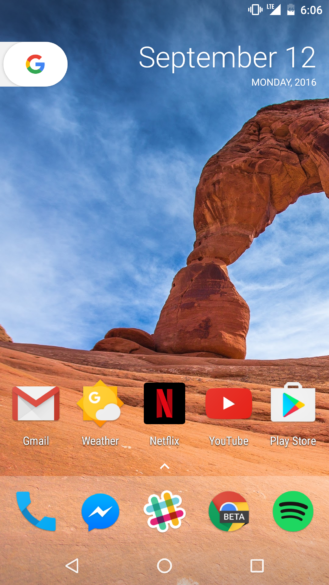 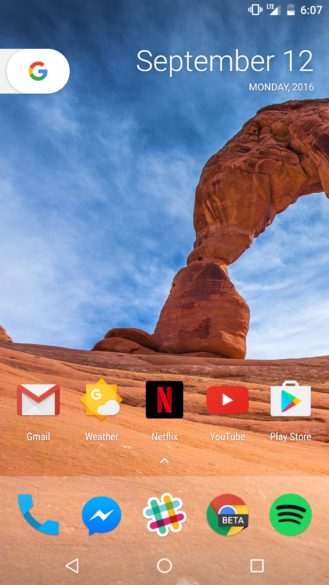 As you can see from the screenshots above (both taken on my Nexus 5X on 7.0 Nougat), there are some tiny tweaks. The Google pull tab that you all love to hate and the date have both been moved down a tad. The pull tab also seems to have grown a bit in length. In addition, all of the icons have shrunk down a bit, which in my opinion makes them a little easier on the eyes. So far, I'm liking the changes. 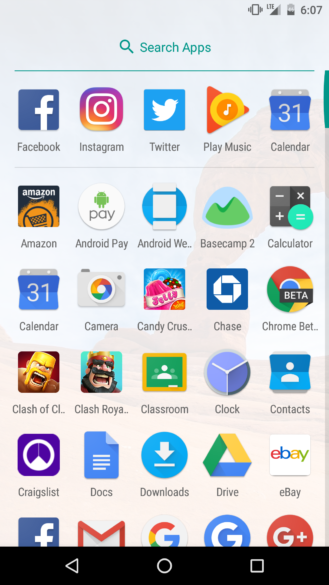 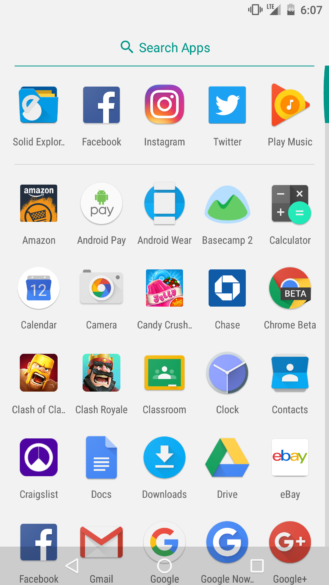 In the app drawer, the biggest change is that the navigation bar is now transparent. This should have allowed the drawer to show more apps, but since Google also made the spacing between rows bigger, the change is negligible. Like on the home screens, the app icons are a bit smaller. A small change is the slight rise of the line below the "Search Apps" text; the actual text remains in the same place though.

There appear to be some compatibility issues with the APK that LlabTooFeR shared. For instance, installing the launcher on my Moto X Pure Edition made the "Search Apps" text way too close to the line below it. We're also seeing someone in the comments section claim that they now only have four slots in their dock. When you get frustrated with these bugs, keep in mind that this launcher hasn't been officially released.