Last year, I attended the launch of the Nexus 5X and 6P. Google also introduced the Pixel C, a refreshed Chromecast, and the new Chromecast Audio at this event to an audience of maybe 100 to 150 journalists. For the biggest company in tech, it felt like a small affair, and if I'm honest, one without much sense of occasion. We were seated in an artsy venue in San Francisco in a room that had been converted into a sort of banquet hall. Front and center, there was a small stage. I watched Sundar Pichai walk up that stage to greet us good morning, much in the way the Senior Vice President Of Team Building would kick off ManageCamp '16 at the Hilton. This isn't to belittle Google or Sundar, it's simply to say that Google seemingly didn't want anyone interpreting this as the company's big hardware "coming out" event. It was slick and cool, but it was oddly modest - even the demo room for the phones themselves was rather diminutive. 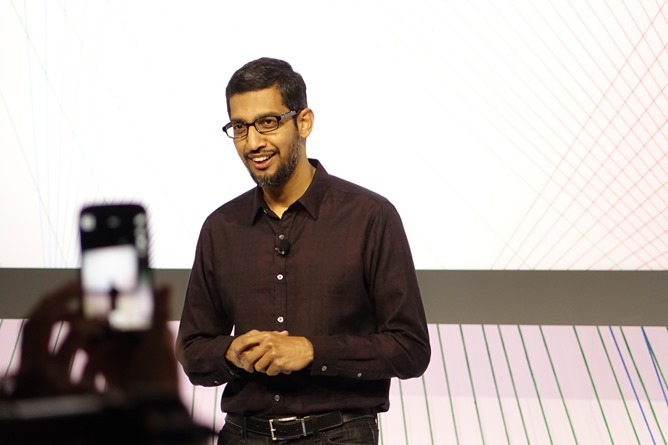 Personally, as a member of the media, I relish launch announcements like this one because they avoid the frantic, urgent atmosphere that creates a visceral need to be firstwithallthethings.gif. The sort of vibe you get at something like a Samsung press conference. With Google, there was no yelling, no running to the demo area, no rows of seated investors clapping at every single pause, and no apparent need for presenters to drone on endlessly with marketing-speak about how your product is going to change our lives forever. There was no closing musical act. Various Googlers took the stage and announced the new product portfolio with tightly honed presentations and then let us go play with the stuff. For me, it was lovely. But it continued to send the message that was Nexus was a hobby for Google, not a serious investment.

And Google may well offer a repeat performance for the Pixel phones on October 4th. I really don't know. But my gut instinct is that things will play out a little differently this year, because there are no Nexus phones. There won't be talk of "partners" or of "the Nexus program," and I think we'll see any notion that Google's Android smartphones serve as "guideposts" to other manufacturers thrown out the window. October 4th will be about Google products, full stop. Google may even advertise the Pixel and Pixel XL as the first phones built by Google - a bold claim given HTC's involvement has been very publicly confirmed. (But that discussion is best reserved for another post, like after the phones are unveiled.) 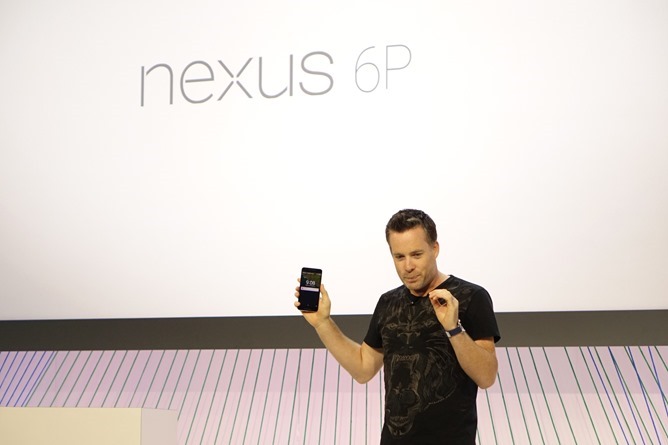 This "Pixel versus Nexus" distinction matters a great deal. By framing the Pixel and Pixel XL as Google products and not as Android ones, and by removing all discussion of "partners," Google will finally be able to assert that, if only implicitly, it is offering a counterpoint to Apple's iPhones. That really seems to be what the Pixel phones boil down to, and it's something fans have been demanding of Google for as many years as Android has been around: "Build us an iPhone that runs Android!" (preferably with a headphone jack and a standard power connector). As we all know, Google has been hesitant to really embrace such a model over the years. But in hindsight, there's no doubt signs Google's strategy would be changing to try and meet the iPhone have begun popping up.

It now feels far from a wild theory to suggest that the 5X and 6P served as test platforms for some of the business and product decisions we'll see Google announce with the Pixel and Pixel XL. The Nexus 5X and 6P offered device protection plans - a first for Nexuses. They could be financed if purchased through Google's Project Fi carrier experiment. Live cases offered one of Google's first-ever personalized accessories. Google has even started designing its own USB chargers. Now, we're starting to see the new Pixel phones' exclusive software, and a Pixel-branded launcher is probably just the tip of an iceberg that may take years to reveal itself. That Nexus Protect (likely now "Pixel Protect"), live cases, and Fi financing will live on seem a given. But I think we'll see Google take some of these things a step further in an attempt to draw comparisons to Apple and the iPhone. 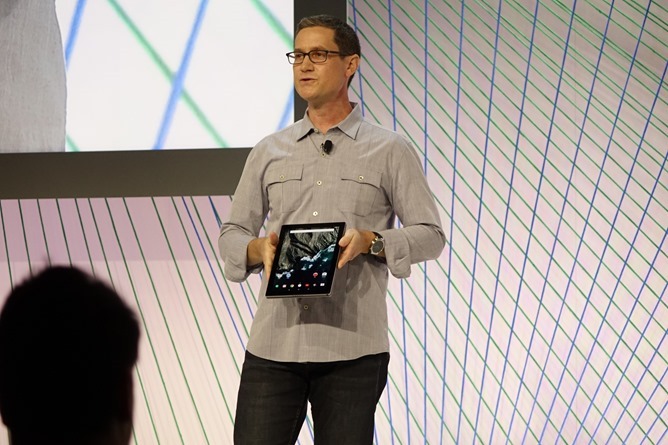 The Pixel C gets its debut

Now, Google will likely never match the in-store support experience Apple is so known for. And to suggest it has the level of technical and engineering control over its phones that Apple does the iPhone is folly. But from a marketing perspective, Google may work to position the Pixel and Pixel XL as offering a comparable experience to Apple. Enhanced support, unlocked multi-carrier compatibility, a special warranty option, financing, OEM-branded accessories, and software free of third-party meddling. What phone does that sound like to you? It surely isn't one built by Samsung.

Speaking of Samsung, the inevitable friction this will cause with Android's various OEM partners must be a concern in and outside of Google. If Google intends to market these Pixel phones aggressively, even if those efforts are focused largely on its home market, feathers will invariably be ruffled. Nexus was never a threat to the likes of Samsung, LG, or Huawei, it was just a pet project; the Android team expressing itself in concert with other brands. But now Google is no longer content to peddle budget-minded reference designs for enthusiasts and developers. Pixel is something else: it is the hardware face of Google, and all the financial and technical might that comes with it. Perhaps more concerning yet for those partners, Google can afford to lose money on its efforts for years if it truly wants that brand to succeed with a more mainstream group of consumers. (At last count, Alphabet had cash on hand of over $73 billion.) And if Google's real target with the Pixel brand is Apple, it may well be prepared to do so.

With less than a month before the Pixel and Pixel XL are unveiled, in spite of any teeth-gnashing about price, battery capacities, or design, I'm confident the general consensus among the tech media as they walk out of that press conference will be that Google is taking on the iPhone. Google will, of course, fail in most meaningful metrics (e.g., sales, media attention, ad visibility). But the fact that it seems like they're going to try is reason enough for excitement, even if the phones don't completely blow us away. Something very cool is happening inside Google's hardware division, and I think the Pixel and Pixel XL are just the beginning.

The Nexus Launcher is being renamed Pixel Launcher, and it's not hard to figure out why

[Deal Alert] Get the Huawei Honor 8 for just $360 with free JBL headphones and case on Newegg ...