The game was originally released in 2014 for the PC and PS4 by Spanish developer Nexus Game Studio. The story follows the titular Randal, a sarcastic slacker who finds himself in a Groundhog Day-style time loop after accidentally causing his friend's suicide. Randall has to overcome his horrible nature and navigate a miasma of unlikely events to save his friend and escape the loop.

Randal's Monday is delivered in a cartoony art style reminiscent of some popular web comics, with full animation and voice acting from some notable comedians. (Randal in no way, shape, or form resembles voice actor Jeff Anderson's character Randall from Clerks, for example.) It's also positively dripping with nerdy science fiction, movie, and television references, if you're into that kind of thing. Note that it's rated M, so despite the art style it's most definitely not for kids.

The game is split into seven chapters - the first two you can play through for free, with the following five costing a buck each. (Not bad, considering the full game is $20 on Steam.) Voice over is available in English and Spanish, with captions also translated into French, German, Italian, and Russian. 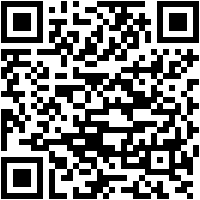 [Guide] How to play Pokémon GO (0.37+) on a rooted Android with Magisk