Tiny Montélimar, with a population of only 35,000 in the southeast of the country, is the self-styled "World Capital of Nougat." With a storied history of specialized production since the eighteenth century and many modern confectioneries dedicated to making the dessert, no one could argue. The town's distinctive honey-and-almond style of Nougat is known as Nougat de Montélimar, and many of the shops let tourists watch the candy makers prepare their morning batches. 300 local artisans produce 4.5 tons of nougat every year. 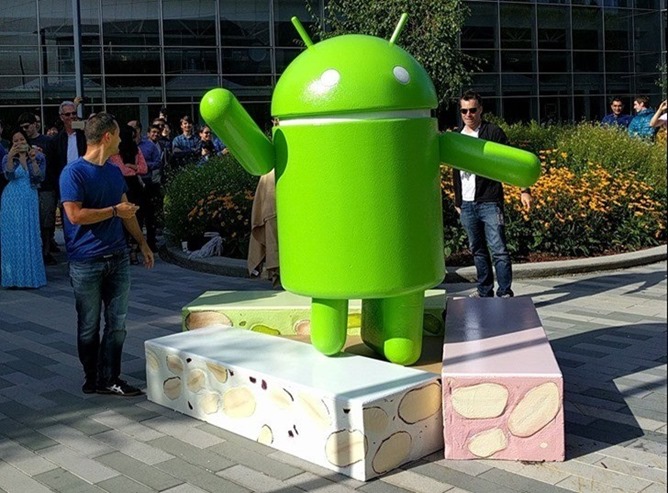 French site 01net reports that Google France and the Montélimar City Council have been planning a celebration in the town, currently slated for September 21st. All things nougat will be on display, plus Bugdroid-green cocktails, a buffet of local organic foods, and activities for kids. Google will donate an official Android statue - the first ever outside the company's Mountain View, California headquarters - for permanent display in Montélimar. The statue is on its way now, though it's not known if it will look the same as the original (rather disappointing) Nougat statue.

French Android fans in the area might want to make the trek to Montélimar later this month.

A special thanks to Android Police reader Antoine Iglesias, who personally translated the source article into English for us.