In the game, you are part of the Mercenary Kings, "the most skilled team of warriors-for-hire on Earth." But when your buddies are killed, it's up to you and the back-up crew to fight the forces of CLAW. Mercenary Kings features single-player and up to 4-player co-op, over 100 missions, unlockable missions and items, looting and crafting, and more.

Curiously enough, this the third game on Google Play published by OUYA, the company behind the Kickstarted OUYA game console. After OUYA struggled for a while, Razer swept in and bought the company for its software library. Razer currently sells their Razer Forge TV, but has also made the game available for other Android TV devices, including the NVIDIA Shield. 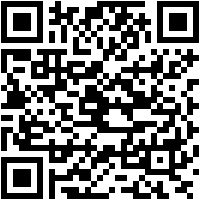 WiFi Assistant for non-Project Fi Nexus devices is rolling out