The core of the mobile game doesn't appear to be much changed since last year. There are a few more cards to collect and a few cosmetic changes, but it's mostly the same experience. The biggest new feature is a face scanning tool, which allows players to take a photo of themselves and send it to the create-a-player mode on the console game. It's more or less exactly like EA's NBA Live series, only it's tucked away into the free-to-play meta game instead of getting its own app.

MyNBA2K17 is free with in-app purchases and advertising. The multiplayer card game is open to anyone (including Facebook and Google+ logins), but obviously you'll need a full-price copy of NBA 2K17 in order to use the connective features. 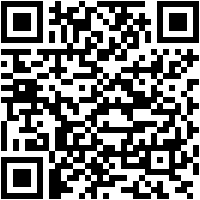 [Weird Issue] Chrome Beta and Dev don't show up under My Apps on the Play Store in Nougat, will ...