When I was approached about writing an introductory post about myself, I really had no idea where to start. The point here is to get to know me a bit better, so I guess I will start with the basics.

I am currently a senior at the University of Colorado on track to earn my Bachelor's in Business Administration. Despite my major, I am obviously a huge geek. It began with the movie Tron, a film that ignited my imagination for the world of computers. Though, my primary focus at the time was on riding a lightcycle. The concept of the Grid led me to explore programming. I became an early adopter, always wanting to try the newest things. That is how I got into Linux, network security, PC building and gaming, and eventually smartphones. 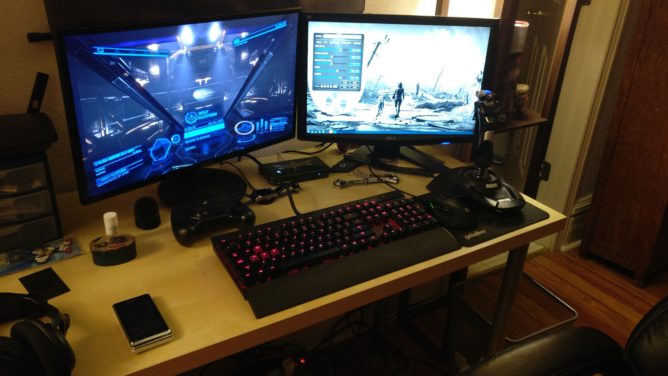 My gaming, work, and school setup

On the Android side, I started with the G1. When I switched to Sprint sometime later, I got the HTC Hero (CDMA). HTC announced that they would not be updating the phone to Android 2.1 Eclair, so I decided to root and flash a custom ROM; by the time I had gotten around to it, the king was CyanogenMod 6. Shortly after that, I got the original Motorola Droid, which was replaced by the Droid 2 R2D2. However, that failed and Verizon gave me a discount on the Droid X (a massive phone for its time that I got no end of grief for), which they replaced with the Droid X2 after seven warranty claims.

I hopped over to Samsung after that with the Galaxy Nexus (oh, the good ol' GNex) and the Galaxy S III, followed by the Note II. The GS3 got smashed (the only phone I have ever dropped), the Note II got stolen, and the GNex died. I wanted to go back to HTC, so I got the One M7. That was one of my favorite phones, and only recently dethroned. I got the One M8 after that, which did not have the same awe factor for me. I hopped on the OnePlus bandwagon and scored a OnePlus One, but my plans to change from Verizon were delayed so I sold the phone. The Nexus 6 followed, which I replaced with the OnePlus 3 after the screen began flickering, the port would not hold onto any cable, and it was grossly unstable. 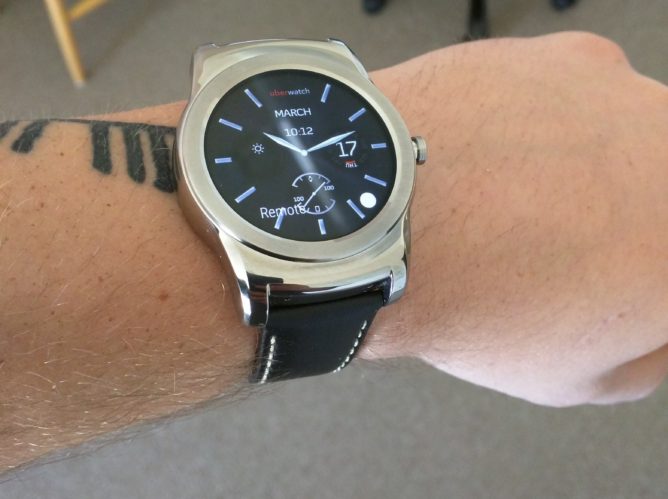 My current and favorite smartwatch yet

As far as wearables, I was quick to get the original Pebble. Following that, I got the Gear Live (which I sold), and then I ventured into round smartwatches.

Currently, I use a OnePlus 3 as my daily driver with an LG Watch Urbane. I have an old Moto 360 attached to my review unit (and that's probably all it will ever be used for), but it is not as reliable as I would hope. If you cannot tell, I love Android, which is why I am so excited to be writing for Android Police. I am always tinkering with some Android device (not to the extent of my fellow newbie Corbin, but I have fun) or Linux distro, or playing whatever PC game has my attention.