It's not often that we see an Android game released just for Android TV, aside from the various exclusives that NVIDIA has acquired for its SHIELD set-top box. Hotlap Heroes eschews smartphones and tablets and insists that players experience its old-fashioned racing action on a full-sized television. The 3D racing game, a rookie effort on the Play Store from developer Team Pea, is $3.99 with no in-app purchases.

Hotlap Heroes is a top-down racer that focuses on tight lines and skillful drifting. The setup is similar to older 2D racing games like RC Pro-Am, but every aspect of the game is tuned for local multiplayer. Gamers who've invested in multiple controllers for Android TV can use them to the fullest, but it's unlikely that even the most dedicated user has eight of them lying around. That's where the interesting companion app comes in. 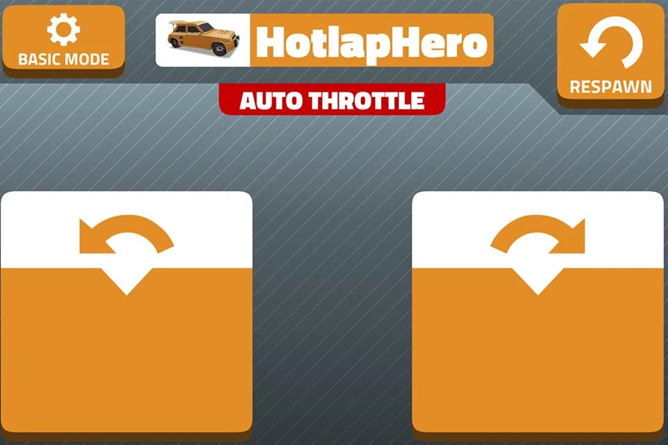 Players without a dedicated controller can install this app on their tablet or smartphone, hop on the local wireless network, and use it to play. It's an innovative solution; even in a house where controllers are thin on the ground, there's likely to be at least one phone per player. Graphics are simple but charming, with low-poly tracks and minimal smoke and skid mark effects that remind me of Horizon Chase. The touchscreen-friendly auto-throttle controls can be disabled for someone who prefers to kick their own digital gas pedal. 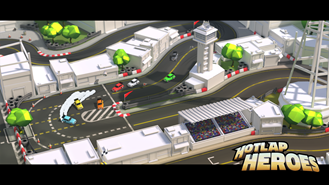 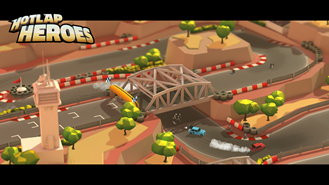 The game accepts any combination of controllers and paired phones, and on-screen action with eight players can get frantic quickly. The setup makes Hotlap Heroes an ideal party game, with races that are just long enough to fit into a commercial break. Right now the game's single-player options are a bit lacking (only five tracks, online features are limited to leaderboards), but the developers say they'll be adding more tracks soon. Even so, $4 for a simple and enjoyable multiplayer racer seems like a good deal. The controller app is free to download on Android and iOS, though I can't test whether it works cross-platform for playing with an iPhone on Android TV or an Android phone on Apple TV.