I've had my eye on JBL for about a year now, ever since Cameron (we miss you Cam!) reviewed the company's Xtreme and Flip 3 speakers and came away more than impressed. Cam knows his music and sound, so his recommendation stuck with me until I spotted the speakers at a local reseller and thought I'd ask the customer rep to test them. The sound quality, clarity, and volume blew me away. But my main holdout for purchasing any JBL speaker was the lack of Google Cast integration. I know the Chromecast Audio exists, but I'd rather have something with the feature built-in, to avoid more unnecessary wires.

I can't use that excuse anymore. At IFA, the company showed off its new JBL Playlist speaker which is the first in its line-up with Google Cast built-in (thanks to Frontier Silicon technology). Like JBL's other speakers, it can play music via Bluetooth 4.2 and a 3.5mm port for wired connections, but the Playlist can also stream your audio via WiFi from your Android or iOS device or computer, using any app that has Cast support. There's Multiroom support through Google Cast too, but it seems like you can't connect two in stereo mode like other JBL speakers can. 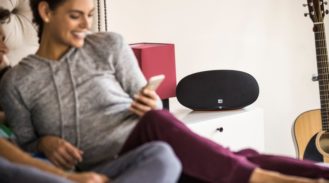 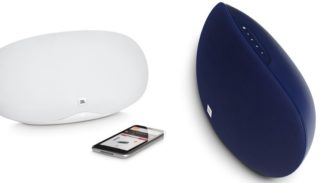 The Playlist doesn't look anything like the Xtreme or Charge or Flip's cylindrical design, but it does have the signature fabric covering the speaker. There are audio control buttons on top with one specific Cast button that immediately starts playing music from your favorite app, no fiddling with a phone necessary.

But unlike some of JBL's previous speakers, it is not battery powered, so you can't take it around and you'll need to keep it plugged whenever you're playing music. As for the sound specs, the Playlist has two 57mm woofers at 2 x 15W, a response frequency between 60Hz and 20kHz, up to 24bit/96kHz audio resolution, and a signal/noise ratio over 80dB. 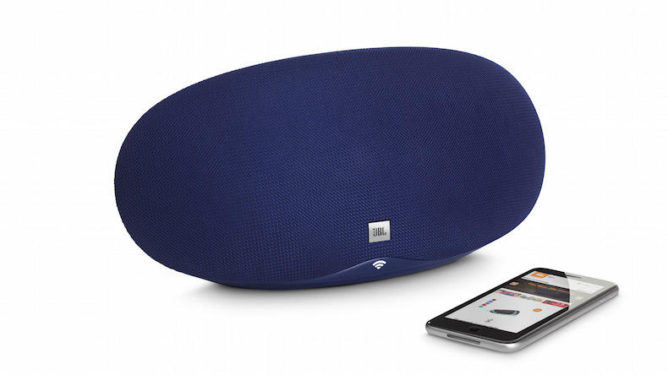 With Google Cast and yesterday's news that you can trigger Google Now with JBL's previous and upcoming speakers, it looks like the company is gunning after Android lovers' hearts. I know I'm sold. The Playlist will be officially sold in October for an MSRP of EUR 179 or GBP 150. Available colors are black, white, and the dashing blue that you see above. Want.

Disney killing off Marvel: Avengers Alliance 1 and 2 games on September 30