Lenovo's Yoga Book is what the company is calling, "the first tablet for natural sketching and note-taking," and "the world's thinnest and lightest 2-in-1." What makes this tablet so special? Lenovo's "halo keyboard." Much to the chagrin of typists everywhere, this is a purely touch keyboard, which makes the "thinnest and lightest 2-in-1" claim true. But Lenovo claims over 18 months of development work has gone into testing and improving the halo keyboard, including features such as haptic feedback and accidental keypress detection. 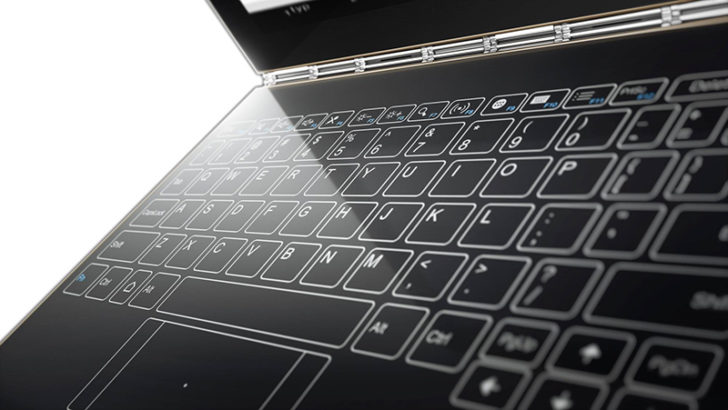 But why did Lenovo include a touch keyboard at all? Besides the benefits of making the device thinner, the halo keyboard can turn off the illuminated keys and become a massive drawing tablet. There's a stylus for the drawing aspect, but you can even place paper on top of the holo keyboard and draw with Lenovo's Real-Pen accessory. The Real-Pen functions exactly the same as the stylus, and you only need to replace the ink with standard ink tips - no recharging.

As mentioned before, the Yoga Book ships with either Windows 10 or Android. The Android version has Lenovo's Book UI, a skinned version of Android 6.0 with multi-window functionality and other tweaks to improve productivity. The Android tablet will start at $499, which is far lower than I was expecting it to be.