The "successor" to the One A9 pushes its iPhone inspiration to new levels (yes, we know HTC introduced the general look first, but this is more of a blatant copy than the iPhone ever was of the One series) thanks to a top left rear camera and LED flash, removed HTC logo from the front, and smaller earpiece. The only thing HTC seems to have done differently is the use of a dual-finish metal for the sides and the rear of the phonee, to create a distinct tone and light reflection for the frame of the device compared to its back. It remains to be seen whether that differentiates the look of the A9s in real life or not. 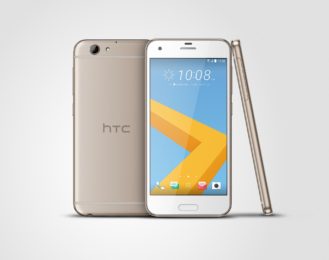 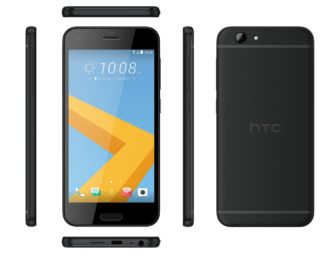 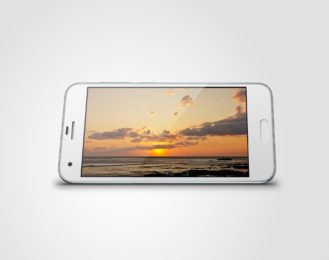 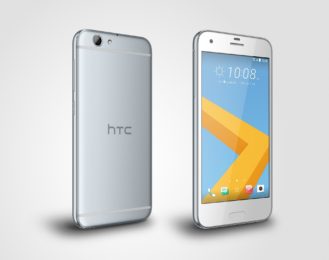 On the plus side, the front camera is now 5MP instead of 4MP, the battery has grown from 2150mAh to 2300mAh which should last a lot longer with that 720p display. And depending on how you feel about either, you'll see it as a positive or negative that the Snapdragon 615 has been replaced by the MediaTek Helio P10 with 4 Cortex A53 at 2GHz and 4 others at 1.1GHz.

With all that said and done, the A9s isn't much of an improvement over the A9. The better guess is that HTC has decided to cut corners to lower the selling price of the phone. That was, after all, the major downside to the A9 from the moment it was announced.

There's no word on which version of Android the A9s will run when it launches, but given how enthusiastic HTC is about updating its old devices, I'm going to bet on Marshmallow. Exact availability isn't disclosed either, neither is the price. All we know is that it will come in Aqua Silver, Cast Iron, and Metal Gold. Because gold isn't normally a metal...