'Downloads' is in the overflow dropdown menu. It's basically exactly what it says it is: a manager for files downloaded through the browser. However, it seems like it's a bit broken at the moment, as some files don't show up in the UI while others do. I downloaded an MP3 file and it didn't appear despite being on my phone, while a picture did show. The manager has a hamburger menu (the navigation drawer, in other words) with different file types - 'All downloads,' 'Pages,' 'Video,' 'Audio,' 'Images,' 'Documents,' and 'Other.' There's also a storage counter, but again this seems to be broken as I've definitely used at least a bit of my Nexus 6P's 64GB storage. 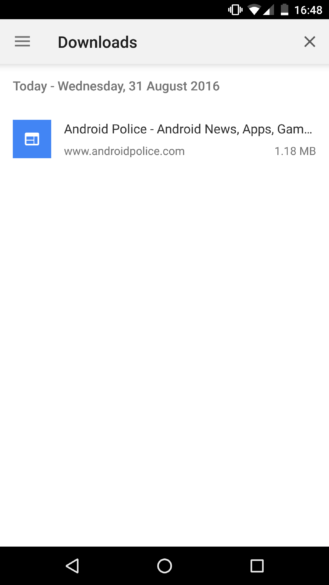 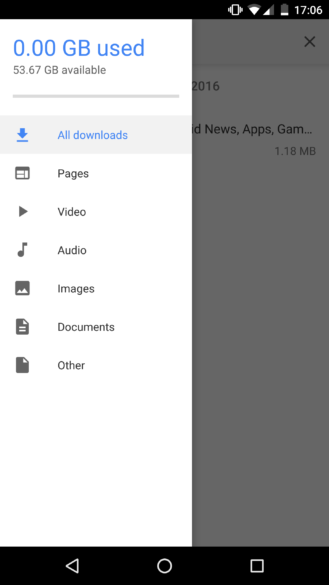 But wait, there's more! You might be wondering what significance the Pages section has. Well, it's another new feature: the ability to download webpages for offline viewing, by tapping the download icon in the top row of icons in the overflow menu. This only downloads the current page, and not an entire website or multiple pages. I tested this and found that it works well for looking at a lot of pictures on a page when you don't have internet. Pages are accessed through the download manager discussed above, and can be deleted by long-pressing the page's entry. 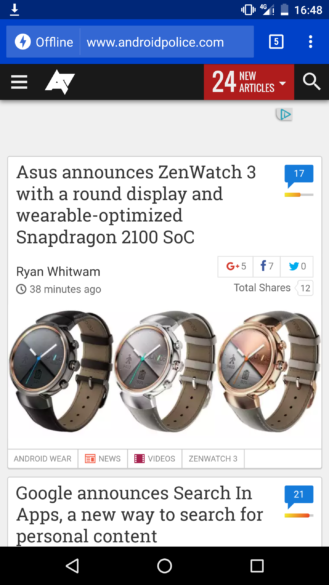 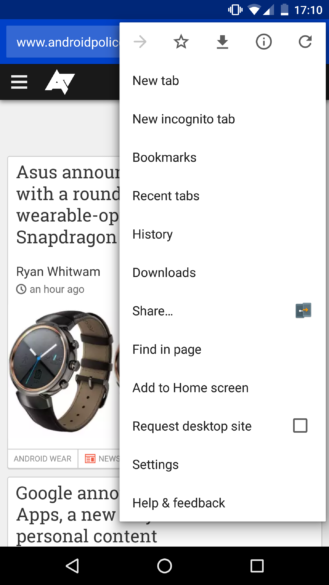 Left: the AP homepage, downloaded through Chrome. Right: the overflow menu, with the download button in top middle.

I'm not sure if Chrome needs a downloads manager, since Android already has one built-in, but maybe the Chrome team has greater plans for this. We will see. These two features are available in Chrome Dev 54.0.2840.6, which is on Google Play or alternatively at APK Mirror, if that's your thing.