A new Google Maps update is rolling out today. For most people, this version might not have a big impact quite yet, but it's introducing a new feature for some high-level members of the Local Guides program. Those that qualify will be able to create custom lists of saved places. For the rest of us, there's a new notification for local traffic and voice commands to avoid toll roads, highways, and ferries. There are also a few new things to check out in a teardown, including integration with another service, another tease about ordering food, and more. 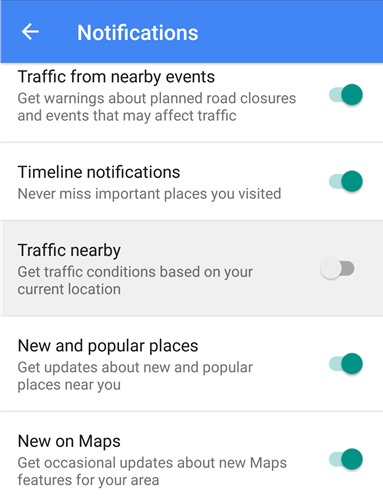 The Notifications screen under Settings has a new option turning up near the bottom of the list. This one is named "Traffic nearby," not to be confused with the  "Traffic from nearby events" toggle a couple spaces above it. The description explains that enabling this will produce notifications with the traffic conditions surrounding you.

This feature first appeared in a teardown of v9.32. It's a pretty straight-forward feature, but you can check out that post to see some of the messages that might pop up when Maps has something to tell you. 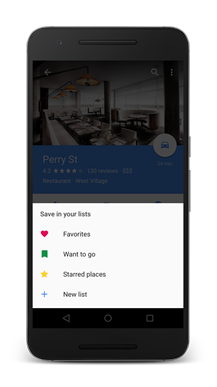 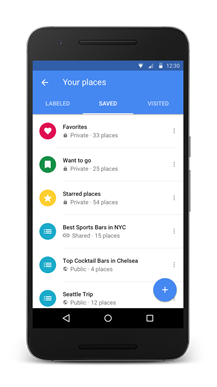 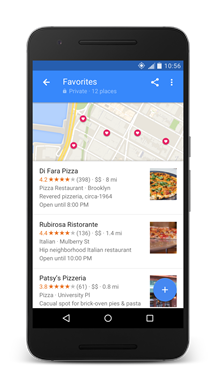 Google has been promising perks for Local Guides since the program first launched, including early access to some new features and products. The Google Trips app is probably the most notable example, rolling out just a few months ago. The latest addition is a way for users to create custom lists with places they want to save. It's a lot like the "saved" list (a.k.a. starred) under Your Places, but with the added advantage that entries can go into your own custom lists. There are three default lists right from the start: Favorites, Want to go, and Starred places.

Lists are currently exclusive to level 4 Local Guides, but will surely become available for everybody after they've been thoroughly tested. Members of the program received an email (pictured below) with a tease for lists and an explanation that they would be receiving early access. If you want to join the club, it's time to start writing those reviews, answering questions, and submitting pictures. 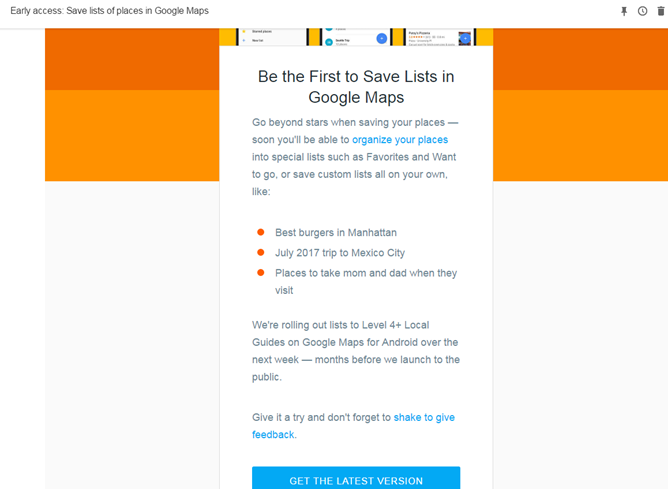 A lot of Maps users aren't happy that each time a new navigation is started, it automatically starts with the avoidance features disabled. In other words, if you don't want to deal with ferries, toll roads, or highways during your trip, those choices must be made each time.

Many users would like to have these settings persist for each new session; unfortunately, that's not happening yet. There's a new stand-in that may turn out to be almost as good. To use it, just tap the microphone and speak one of the key phrases:

Maps will give audio responses to confirm you will be rerouted. Should you change your mind, simply say the phrase with the word "allow" instead of "avoid" and your route will be recalculated.

Ok, it's not quite what everybody wanted, but it's hard to deny that it's quick to use and will get the job done most of the time. As a bonus, since this is a voice command, it's easy to use while driving.

Google employs a number of services in the Maps app, even purchasing Zagat's in the interest of incorporating its reviews into the database. A new string shows the service TrustYou is probably going to join the list, this time for hotel reviews.

If you're not familiar with TrustYou, you're probably not alone. It's the type of company that performs data mining and analysis for other companies. The string explains rather clearly that it will provide review summaries for Google Maps. Judging by TrustYou's promotional material, it seems data will be sourced from around the Internet. However, as far as users are concerned, I would expect the end result to look a lot like the short blurbs topping the review section of Play Store detail pages.

Just last week, a teardown revealed plans to introduce online food orders to Google Maps. A new string doesn't answer any particular question so much as it confirms a menu (probably containing pictures) will be available from each supported restaurant. That probably means the experience will be about as simple as ordering from the menu at Denny's – you can just point at something and you'll be able to eat it 15 minutes later.

It seems like most of the updates to Maps have included new ways to ask users to either contribute new information or verify contributions from other people. This version is no different. In fact, there is a lot of new text, and some of it is reminiscent of the new Crowdsource app that launched just yesterday.

The first group is pretty short, asking only if a given translation of a name is accurate.

The second group is a little more demanding. It includes a series of tasks that might be suggested or assigned to a contributor, like looking up the business hours for someplace nearby, improving maps, and looking up information for the details card (e.g. website, phone number, etc...). It's basically all things you might be able to do while standing around and waiting to meet somebody.

The final group leans toward simple verification questions, like asking if an address is correct or if the business has moved or shut down. It's fairly likely that a negative response will prompt users to enter corrected information.

That appears to be it for this update, but if you see anything else of interest, let us know.