Those of you who have read my review of the Fitbit Blaze or my other activity tracker articles (Misfit, Amiigo) know that I'm a huge fan of Fitbit and I'm also a frequent casual swimmer. Unfortunately, that hobby and my favorite activity tracker of 3+ years could not co-exist previously because Fitbit never had a swim-proof tracker. Sure, you could, theoretically wear one of its recent trackers while taking a shower or a quick swim, which I did with my Blaze last week by mistake without any harm to it, but it's neither condoned nor guaranteed to still work afterward.

So I'm very excited about these new releases from Fitbit, specifically the Flex 2: it's swim-proof! Fitbit finally has a tracker that you can shower or jump in a pool with, without having to worry about whether or not it can withstand more than a splash of water.

The Flex 2 also has several aces up its sleeve: like the original Flex, it has LED lights to indicate your progress throughout the day, and it can be removed from its band and placed in other accessories (wristband, bangle, pendant). But it goes way beyond the Flex in adding automatic sleep tracking, automatic exercise recognition (à la Blaze and Surge), and yes, swim-tracking. However, Fitbit doesn't explain exactly what kind of stats are tracked while swimming. It seems that duration and calories show up in the exercise summary, but I'd like to know whether laps, intervals, speed, and SWOLF scores are also calculated like Garmin does. Oh and the Flex 2 is really small: it's 31.7 x 8.9 x 6.8mm and weighs about 23.5 grams.

The other new tracker in Fitbit's lineup is the Charge 2. It follows up on the very popular Charge / Charge HR tracker, except this time, there aren't two SKUs: the Charge 2 has a heart-rate monitor and there's no version without. It also has very similar specs to the Blaze with Multisport and automatic exercise recognition, hourly activity with stationary hours, call and text alerts, customizable watch faces, reminders to move (which now seem to be implemented on the tracker and not through the app, thankfully!), and a nice bonus in terms of guided breathing sessions. 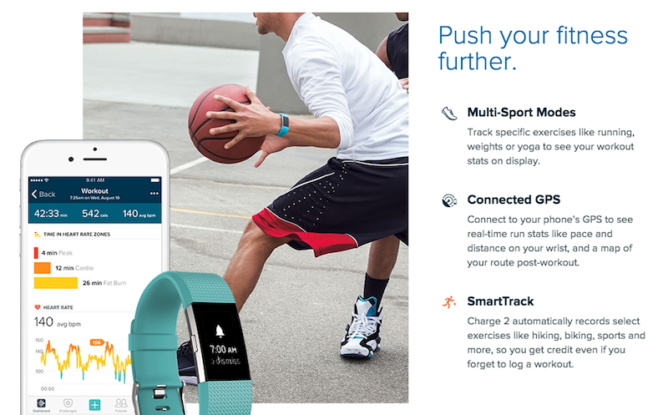 The most welcome change though, in my opinion, is the switch to interchangeable bands (leather, special edition, and classic). Some users of the Charge/Charge HR, like my fiancé, suffered from a bubble disconnecting the band from the tracker, which could only be solved by replacing the entire unit. With interchangeable bands, this is a problem of the past. 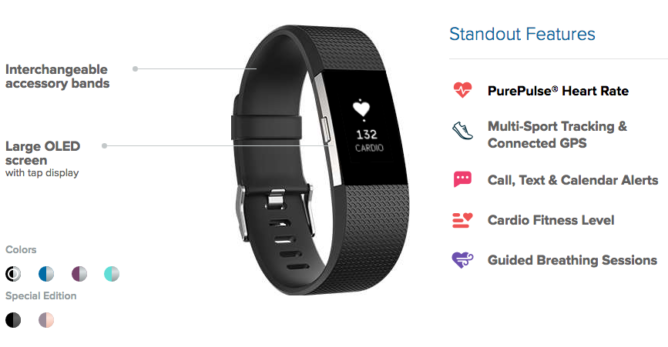 The only downside in my opinion is, take a guess..., there's no swim tracking. It seems that for now, only the Flex 2 gets the honors.

Both the Flex 2 and Charge 2 are up for pre-order on Fitbit's website. The Flex 2 costs $99.95 with two classic bands (one small and one large), while the Charge 2 costs $149.95 with the classic band (you'll have to pick your size). Additional bands or accessories cost extra, obviously.

SuperSU 2.77 beta available for Note7, but there are caveats