Mobile gaming has been getting pretty intense in the last few years, due in no small part to increasingly powerful hardware available to shove into phones and tablets. Games like Clash of Clans and Hearthstone have served to push the mobile platform forward into general popularity, something that the rest of us gamers can appreciate. Hoping to take full advantage of what we have available now, developer Madfinger Games has released a teaser trailer for their upcoming addition to the Shadowgun franchise: Shadowgun Legends.

For those of you who never played the original game, it is a third-person shooter set in a dystopian future where corporations rule in place of governments. You as the player take on the role of a Shadowgun, a glorified bounty hunter, to hunt a rogue scientist. It features excellent graphics, good controls, and a decently engaging story. The second game in the series, Shadowgun: DeadZone, brought a new multiplayer aspect that meshed well with the Shadowgun gameplay and mechanics. 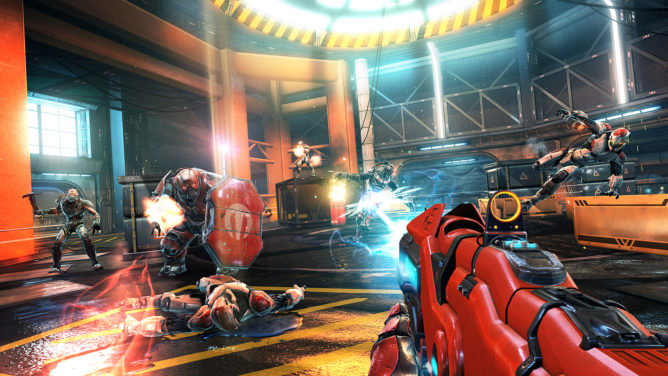 We know that Legends will feature a Destiny-style persistent online universe where players select and customize their characters. It will be based on the Unity3D engine and feature RPG-like progression, customization, and crafting. The goal is for the player to successfully collect larger and larger bounties to progress, gathering better equipment along the way.

Based on the screenshots, which are allegedly in-game footage, this is one of the most visually impressive games I have seen on mobile. If you take the lead developer, Marek Rabas, at his word, this will be the most ambitious project that Madfinger has undertaken. 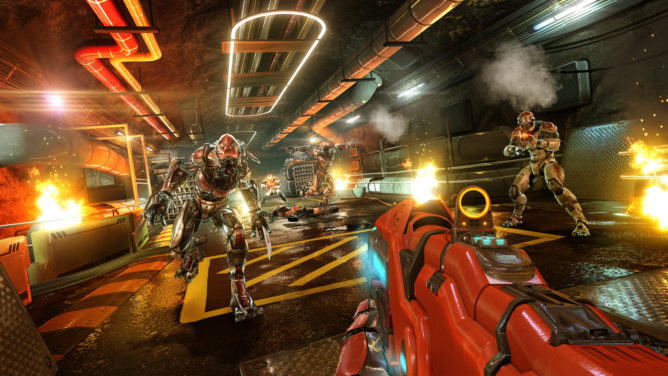 Obviously, it is very easy to get over-excited and over-hyped over the impending release of a game that promises what Shadowgun Legends does. If you need proof, just go look at the PC gaming community and some recent releases. However, Madfinger has decided, in order to build the momentum for their latest title, to put the first Shadowgun on sale for a week. It is $0.99 in the Play Store until August 22, and practically an impulse buy at this point. 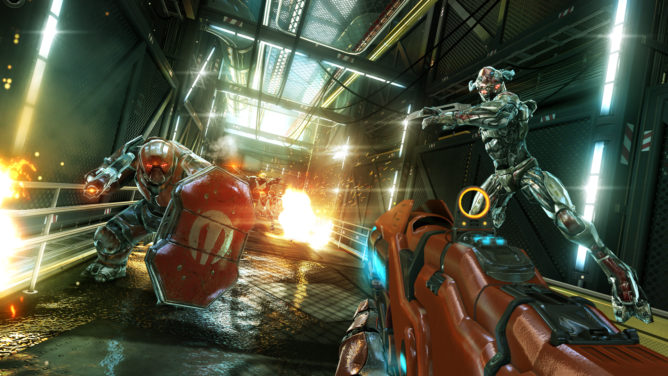 Playing the original will help new players get to know the universe and lore, which will make Shadowgun Legends that much more enjoyable. As for the release date, there is nothing concrete, but Madfinger has promised some more news at Gamescom this week. While we wait, we can play the first game and enjoy this pretty intriguing teaser trailer:

The first gameplay video is out:

August 15th, 2016 - Brno, Czech Republic – MADFINGER Games will be showing their largest project to date at this year’s Gamescom.

Shadowgun Legends will transport fans into a devastated universe where players enroll as Shadowguns (the ultimate in celebrity and solider) to save mankind from extinction.  Shadowgun Legends is a complete and feature-packed persistent online universe shooter that enjoys the progression and depth of a AAA console title in the palm of your hand. This epic and explosive adventure is something that MADFINGER Games does like no other studio: Bringing a console quality product to the forefront of mobile technology. We cannot wait to share all of the details with you at Gamescom this week.

Studio Head, Miguel Caron on the announcement: “Leading a studio where all four founders are also active developers in creating the gameplay, art and sound for Shadowgun Legends is remarkable in this industry.  I've never worked with a more passionate group of gamers.”

“Shadowgun Legends is the result of six years of experience building the industry's leading shooters.” said CEO, Cofounder, and Developer Marek Rabas. “We've taken all of the knowledge gained from our past titles, and honed it into our most ambitious project to date.”

Not familiar with the Shadowgun universe? You can get started now and learn about the Shadowgun universe by playing our original game, discounted all week long in celebration of Legends’ big unveiling.  We are offering a discount on Apple Store, Google Play, and Amazon for the game during the week of Gamescom. Players will be able to download Shadowgun for $0.99 during August 15th to the 22nd!

Once the show kicks in live we will have updates on all of our channels: Facebook, YouTube, Forums and you can sign up for email stream the Shadowgun Legends website as well . We will be set up in our booth at Hall 2-1, Booth A-023 to get a look and hands on with Shadowgun Legends before anyone else!

We’re so psyched to be able to blast some aliens this summer so join us for a great lead up to launch! Download Shadowgun now and get started!