Straight after the global release of MIUI 8, Xiaomi is back with its newest device: the Redmi Note 4. Featuring a 5.5-inch 1080p display with 2.5D curved glass, a 4100mAh battery, and a full metal unibody design with chamfered edges, it's pretty clear the Chinese consumer electronics company is hoping that this one will be a big seller. 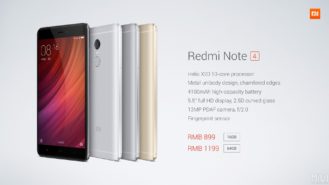 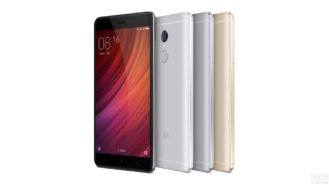 Other specifications include a 10-core MediaTek Helio X20 processor with clock speeds up to 2.1GHz, an 'ultra-fast' fingerprint scanner, and a 13MP f2.0 camera. 16GB will cost ￥899 ($135), while the 64GB model will cost a wallet-clenching ￥1199 ($180). It also has expandable storage through a hybrid SIM/storage tray, supporting up to 128GB microSD cards. Weirdly not listed is the amount of RAM, though, which seems like a strange omission. The 4G, meanwhile, is LTE Cat 6, which will disappoint many interested parties in the United States. However, from the photos Xiaomi has uploaded, it seems as though it has microUSB and not USB-C, which will probably split opinions at the moment due to USB-C's limited (but growing) adoption. 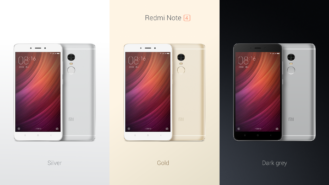 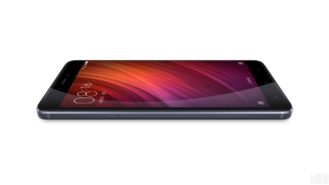 For a phone with these specs, just under $200 is crazy good. But we know that's how Xiaomi rolls now - ludicrously cheap, but generally excellent, hardware with a well-refined Android-based operating system. The Redmi Note 4, available in Silver, Gold, and Dark grey, goes on sale for the prices listed above on 26 August in China, on Mi.com, Mi Home stores, and through China Mobile's offline and online channels, which I assume means in store and on the website.

As of July 2016, Xiaomi has sold over 110 million Redmi smartphones globally since its first Redmi device in 2013. In India, Redmi Note 3 recently became the highest-shipped smartphone ever in the history of India’s online market in any given quarter, as per IDC.

Redmi Note 4 is priced at RMB 899 (16GB) and RMB 1199 (64GB), and goes on sale in China starting August 26. It will be available from Mi.com, Mi Home stores and through China Mobile’s online and offline channels. China Mobile is a close partner of Xiaomi, and said today that it is aiming to ship 30 million Xiaomi smartphones in the year.