Sony released the Xperia X series earlier this year with a few different screen sizes. However, none of them were "Compact" variants like Sony has offered for the last few years. Now, @evleaks has dropped a render of the supposed Xperia X Compact on Twitter. It certainly looks legit, and it turns out Sony's own website might have outed this device along with the Xperia XZ.

Sony's Czech website now lists the Xperia X Compact and Xperia XZ under its photography section. We don't know any of the specs, though. The Compact probably sports a screen around 4.6-inches like previous Compact phones. The XZ is believed to be the F8331 that first leaked back in July. The X Compact looks to have the same design as the other X series phones, but smaller. The XZ is slightly tweaked with a more round frame. 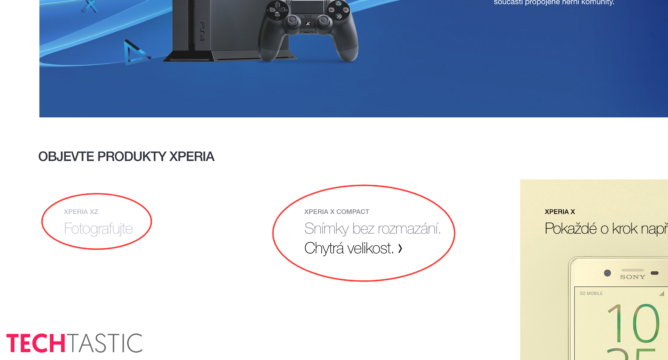 We might get details on one or both of these phones at IFA next week. Sony is scheduled to make an appearance. Although, with its decision to scale back smartphones in several markets, we might never see these devices in the US.