Given very few people bought the One A9, this should not surprise you in the least. (The One A9 sits at position #256 on Android Police's mobile device traffic rankings, just a few spots ahead of the Amazon Fire Phone yes really.) And if you do own a One A9: sorry, and also, yeah, this sucks. HTC's reasoning is likely as simple as manpower (cost). The company probably does not have the resources to update the three major devices it plans to send on to Android 7.0 at the same time. So, the flagship 10 gets priority, while the One M9 and A9 get their turn when software engineers have been freed up from working on the halo device. For its part, HTC isn't really apologizing or anything, and the statements they've provided essentially boil down to "what is the HTC One A9 hey look don't you want an HTC 10 that sure is a nice phone!"

Given HTC's troubles, it's not impossible to empathize with their position, either. The company is on the rocks and has been slashing costs left and right in an attempt to get its mobile phone business near break-even, but they've had little success. If HTC stuck doggedly to its 15-day update promise with the A9, they wouldn't stand to gain much - perhaps some good will from the small group of people who bought the phone, but from the internet at large? A lack of outrage. And that does HTC's brand essentially zero net good.

By not updating the A9, HTC will suffer the ire of the community for a few days, maybe a week, and then everyone but One A9 owners will basically forget this happened and move on. It's a calculated strategy. The number of people who would have otherwise bought an HTC phone that have decided they no longer will because of this incident is mathematically negligible - Cher Wang probably spends more on airfare in a month. Regular consumers will never hear about this, and even if they did, the typical response would probably range somewhere from "oh" to "who cares?" to "what is an 'HTC'?" 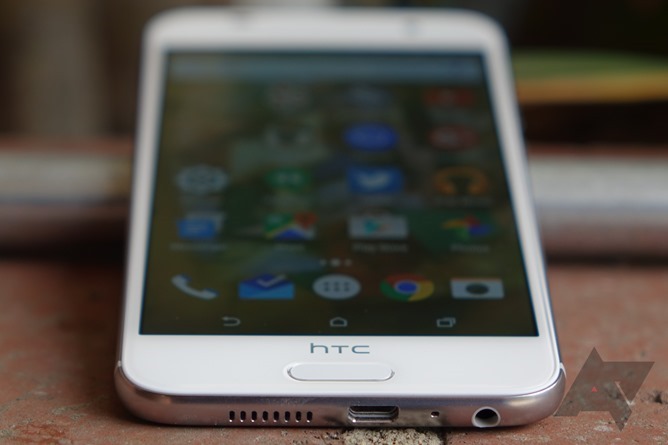 Now, does HTC need those grassroots fans who can vouch for the brand's trustworthiness to less savvy would-be buyers? Sure. They're not nothing, and brand evangelists almost definitely matter on some level to HTC's bottom line, especially for pricey and comparatively obscure phones like the 10. But those HTC fans haven't stopped the reliably terrible quarterly results the company has posted in recent years. "Well, we don't want to upset the fans" is probably something that gets said during HTC board meetings exactly no times. The conversation probably goes more like "How do we stop hemorrhaging all of this money" or "What are all these Firsts worth in scrap" and "did we really sell our stake in Beats for $265 million eight months before Apple bought them for $3 billion or is this all a hallucination brought on by all those Firsts we just set on fire out back?" The executives then kneel in prayer to an HTC Vive. But that's neither here nor there.

The One A9 not getting Nougat within its originally promised update timeline isn't that big of a deal, really only with direct relevance to One A9 owners who received that promise. HTC didn't offer this promise with the One M9 or the 10, the latter presumably because HTC realized what an awful idea it was to promise this in the first place and is now very much regretting it. It sucks, but the fact that HTC didn't renew this promise on devices in 2016 is telling: even a competent manufacturer like HTC that is generally quite transparent about updates can't ship them very quickly without undue cost or technical burden.

With more and more smartphone manufacturers struggling to stay profitable (essentially everyone but Samsung and Apple, and maybe Huawei), software support is no doubt in the crosshairs of cost-cutting all over the industry. Software updates matter to a select group of customers, and those customers don't really pay the bills. Companies are much more concerned with getting consumers' credit cards out right now than they are in whether or not somebody on Twitter or a forum is going to complain their phone doesn't have Android 9.0 Peanut Butter Banana Protein Shake two years from now, because if you're, say, Sony's Xperia division, your near-term concerns are predominantly your continued existence.

And that is the problem. Your smartphone's updates, unless you buy from one of the few companies actually getting rich in this business, are subject to the cost-cutting and sales projections of the manufacturer (or in Samsung's case, them just not caring that much). That needs to change. By tying your phone's continued software support to its success as a product, manufacturers are creating an environment of almost unbearable uncertainty for many of us, and all but assuring that at some point they will break a promise about an update, because someone doing the math will decide it's OK in this particular case.

What needs to be done? It's hard to really say. But the status quo is increasingly frustrating, and I have to think there are things that could ease the time requirements, cost, and complexity of Android software updates on the manufacturer's end. Be it Google or supply chain partners like Qualcomm, I can't help but hope there's a strategy that we'll see emerge to combat this issue. Because once software updates aren't so much about money or business decisions, I have a feeling they'll be much less of a pain point.

Google Maps v9.35 Beta adds Plus Codes to dropped pins and an arrival screen to navigation, ...