We've seen some renders of the upcoming LG V20 already, but there's a new one floating around the internet now courtesy of Evan @evleaks Blass. This image looks more official than the last ones, and the design of the chin looks less modular than before. Perhaps this is evidence LG isn't looking to continue that particular boondoggle.

There's just the one image, which shows the device from the front. The secondary display is visible at the top. The bottom section of this phone looks slightly different than in the previous leaked renders. The black bar extends farther down and there's an LG logo there. That would leave very little space for a modular accessory to be plugged in like the G5. Perhaps the bottom will still come off, but only as a way to access the battery.

For reference, the last leak: 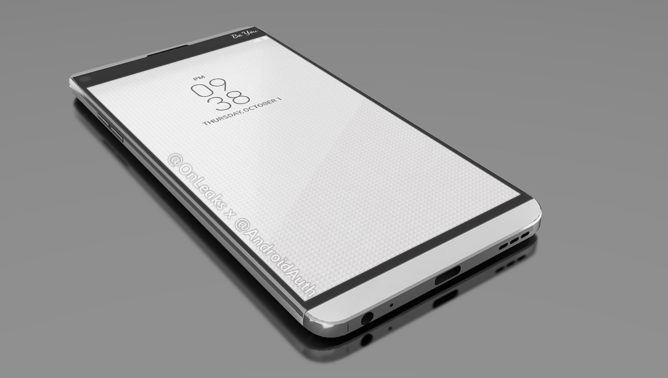 You might also notice that "In Apps" icon on the home screen. I'm not sure what that is, but it might have something to do with the V20 being the first device to launch with Nougat. Maybe there's some Google tie-in with a new feature. We'll find out more when the phone is announced on September 6th.