On the surface, there aren't lots of common points between Instapaper and Pinterest. One is focused on making web pages easier to read by getting rid of all superfluous content, the other is an online scrapbook of beautiful images. But there's more to each service, and once you consider them both as ways to save and organize interesting things you find online, the similarities become more apparent and this news makes more sense.

Pinterest is acquiring the Instapaper team from betaworks, the company that bought it from its original developer Marco Arment about three years ago. The financial details of the deal haven't been disclosed yet, but the Instapaper team has announced it on its official blog. According to the post, the team will relocate to Pinterest's headquarters in San Francisco, the Instapaper app and its users won't be affected, and only the Instaparser developer tool will stop running after November 1, 2016.

The Instapaper team seems excited about the acquisition, explaining that it will be experimenting with its parsing technology for Rich Pin types (Pinterest already does a good job of finding images in a pinned page, but text isn't yet its strongest suit) and that working with Pinterest will help it reach a much larger user base and scale (for comparison, Pinterest has now over 100M installs on the Play Store while Instapaper only has over 100,000).

I'm just hoping this doesn't mean that you'll get served with a huge overlay each time you visit Instapaper, asking you to log in and hiding all content away from you. Why must you do this, Pinterest?! 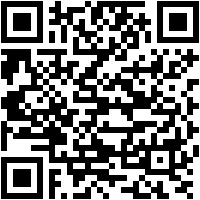