When talking to a contact on Google's upcoming Allo messaging application, there are a few different types of attachments you can send. We've already discussed voice messages and stickers, but you can also share your current location, a photo or video taken instantly with your camera, and also media files taken from your camera roll. Unfortunately, sending other types of files like music or documents doesn't seem to be possible - at least not with the test preview version of the app that we're basing this information on.

However, there are still several notable aspects to media sharing on Allo that are worth mentioning, especially for those of us who exclusively use WhatsApp or Hangouts.

First, Allo will let you send GIF animations properly. I know Hangouts does it too, but WhatsApp still hasn't gotten around to implementing that for everyone (it's there but hidden from view unless you root your phone and enable it). When you go to add a media file to any Allo chat, you should see your camera roll containing all photos, videos, and GIFs. The latter animate in the camera roll and then again in the preview window before sending them, and they obviously animate inline within the chat window. 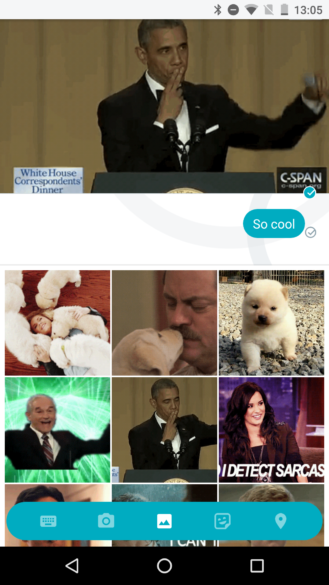 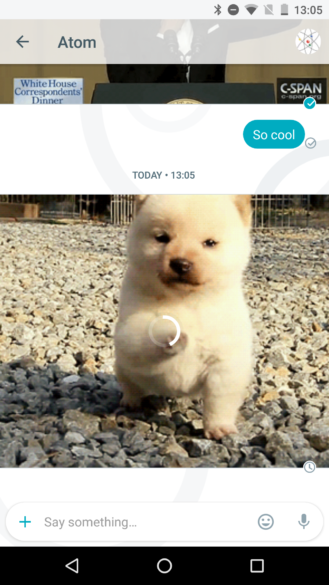 Second, Allo has a neat annotation feature for static images where you can draw on any photo with a few different colors or type some text on top of them. WhatsApp should be getting this feature soon, but Hangouts doesn't have it. There's an undo button and a close button to revert all your changes, but otherwise the options are rather limited. 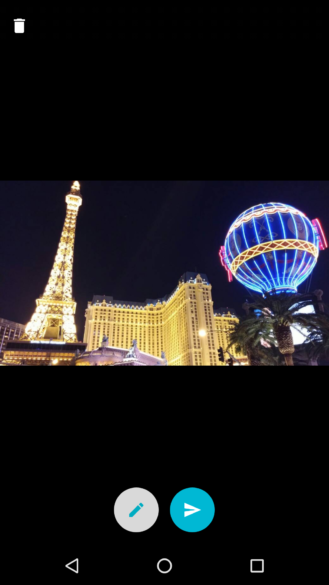 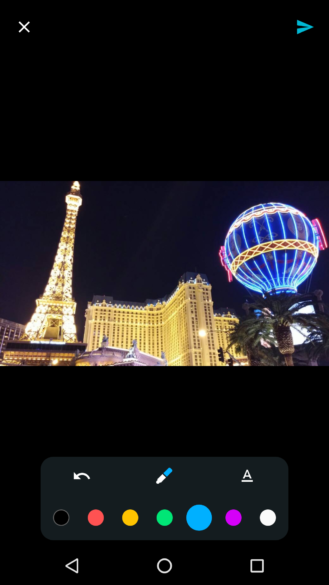 You can't change the typed text's color or position (white and centered), and you can't modify the brush's stroke or size. It's functional enough though for what you may need it to do. 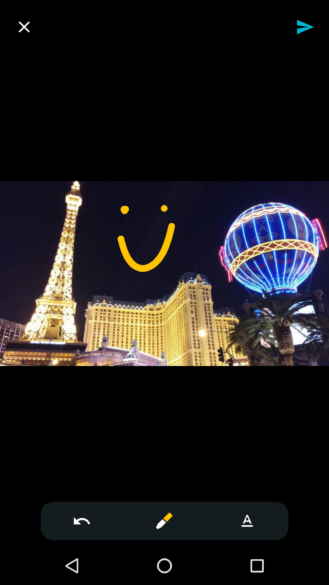 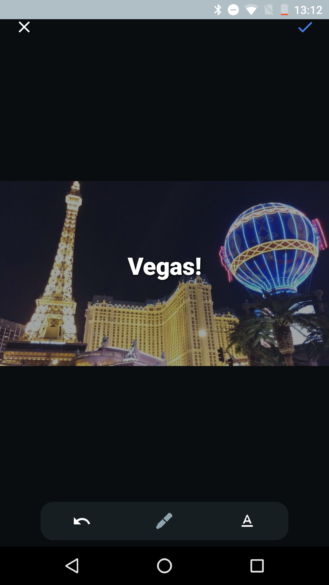 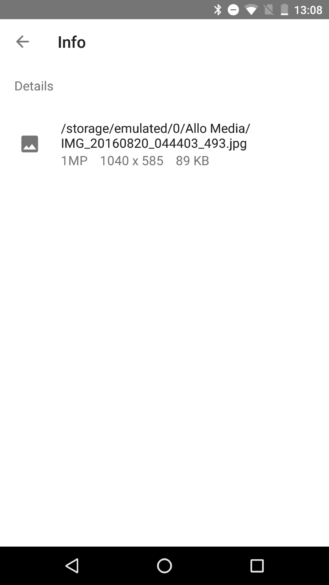 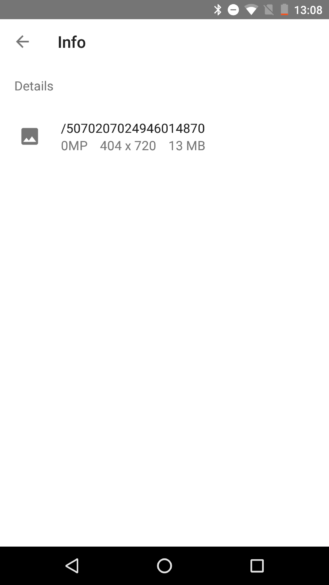 Despite the heavy compression, we're told the media received is good enough. You won't be using Allo as a photo sharing service, but images and videos are not pixelated unless you zoom in, so it does its job of sharing a moment. I have to admit that I prefer this approach. When I'm sharing something in an instant messaging app, I am not doing it for the mind-blowing full-resolution photo or video, and I'm more often than not mobile and on the go. Hangouts kills me with its black or white approach: either it gets stuck trying to send the original file or it compresses it to a point where it isn't recognizable anymore. Allo's approach of compressing everything by default but without butchering it is similar to WhatsApp, and that has worked for me for several years now.

Upon reception of further details, we feel like there are a couple of things worth adding. The numbers we've shared above of Allo's compression are valid: the app really does its best to reduce the size of images and videos, but maybe too drastically. Hangouts does compress images, but not that much.

For example, the same 3MB, 4032x2268 image sent through Allo resulted in a 61.9Kb, 1008x567 photo while it was received as a 404KB, 2048x1152 image on Hangouts. That's almost quadruple the size: the clarity and resolution were obviously better on Hangouts, though it took longer to upload.

Also, the point I made above about Hangouts' tendency to butcher images on slow networks isn't completely valid. I had never noticed it before, but Artem pointed out that even though Hangouts sometimes compressed images beyond recognition, if you waited a little bit, the same image would later show a better version. It's a bit of a 2-step approach: Hangouts uploads whatever it can when reception is spotty, then waits until it can and replaces it with the better image. I went back through my old Hangouts conversations where I had complained about the crappy resolution of a received image and found that all of them were perfectly clear now.

The argument then is that Hangouts does a better job of compressing images while keeping them at a higher resolution and clarity than Allo. However, Hangouts' 2-steps fall back of a choppy image first, followed by the better one, isn't without its faults. For one, many users won't know that's how it works and the chat might scroll the image out of view by the time the better version is received. And for two, you never know how long it'll take to get the better image. So you're left waiting for some unknown amount of time, or even worse, asking your friends to have faith that the image will clarify in a bit, just trust me on that.

I think I still prefer Allo's way of further compressing media, because of the immediacy and uncomplicated approach. But you may find Hangouts deals with it better.

Fourth, here are a few additional notes about media sharing on Allo: 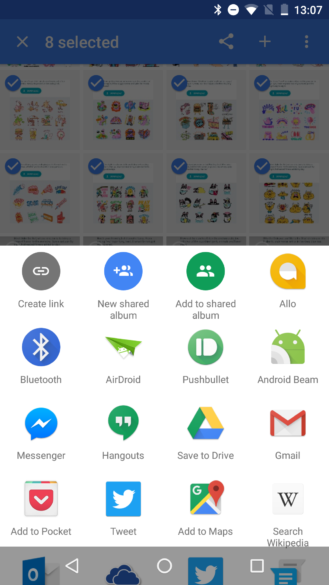 As per our past Allo articles, you should keep in mind that this information is based on a test preview version of the app. Things might be the same upon its official release, but they can also be changed.

Although Google Allo is tied to your phone number, it's also connected to your Google account