When Allo and Duo were announced at Google I/O, one of their pillar features was their requirement for a phone number to activate. And as most of you have noticed, this has been very controversial among users: some like the simplicity of the approach, others loathe its limitations: no multi-device support, no web/desktop clients, and a requirement for workarounds to install on tablets, especially WiFi-only ones.

With Duo's release this week, these limitations were put under the spotlight, and while some users like me were convinced by the no-fuss approach of a phone number as a means of identification, others are still moaning the lack of a tie to a Google account.

This is and is not the case with Google's other new messaging app Allo. See, while Duo doesn't really need anything more than a phone number to put you in touch with your contacts, Allo does a lot more, not least of which is the Google Assistant integration.

In order to make relevant suggestions to you, answer questions about your agenda or upcoming trips, make reservations for you, or perform searches through your email and photos, Assistant needs to know who you really are on Google, and thus Allo prefers to have more than just a phone number to go on. Otherwise, you'd have to start teaching it stuff about you from scratch and redoing that in case you changed your phone number. No bueno.

Based on information we've obtained from testers with a preview version of Allo, here's how the phone number / Google account dichotomy works.

When you first install Allo, you have to activate it with a phone number and the app seems to automatically link itself to your main Google account on your device. In Allo's settings, you can see which account that is and disconnect it if you prefer to keep some distance between your Allo persona and your Google identity. 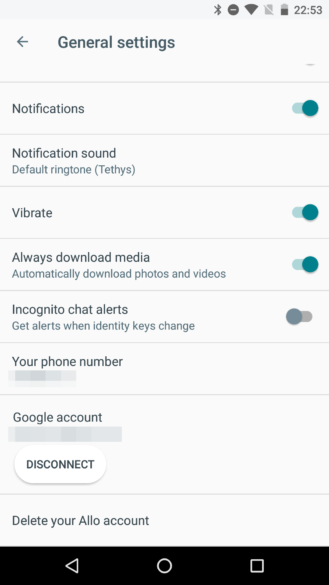 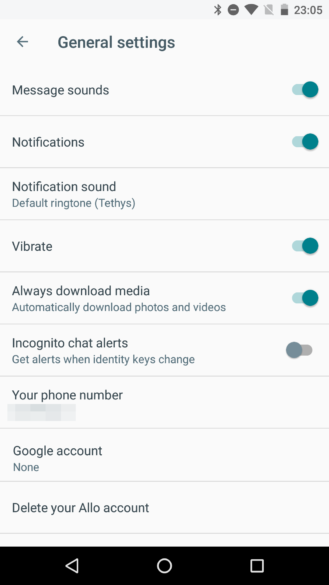 Once disconnected, Assistant won't be able to serve you any personal details, and will instead suggest you link a Google account... as a clingy friendly reminder, if you will. Also, by disconnecting, you open the option to choose another Google account in case you have more than one. 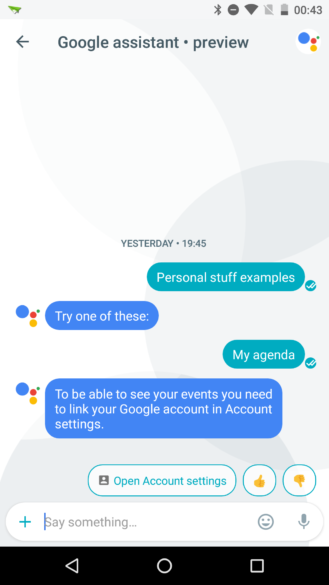 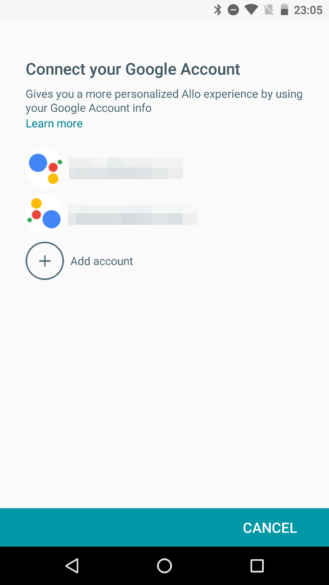 But as I said at the start, Allo is both tied and not really tied to this Google account. So far, here is what we know:

This is where things stand in the preview version of Allo. They may be different in the final release, or they may not. Odds are, if you ask me, they'll stay like this.

But the optimist in me sees hope in the Google account integration in Allo. Since the app doesn't offer end-to-end encryption by default, it might be possible for Google to implement a link based on your Google account between different devices and thus sync your regular chats, do backups and restores, and allo-w (sorry) you to chat from more than just one phone, even if your identifier remains your phone number. Incognito chats, however, would have to be tied to one device to stay encrypted. (Come to think of it, that's how Facebook Messenger works, isn't it?) But that's just me speculating...

Weekend poll: Are you using Google Duo? Do you like it?