Aside from the privacy of Incognito chats in Google's upcoming Allo app, there's one more way you can save yourself from embarrassment if you sent or received something that you don't want to stay in your chat's history: delete.

Based on the screenshots we've obtained from people testing a preview version of Allo, it looks like you'll be able to select any message (no multiple select yet we're told) and just delete it from the chat's history.

The top bar switches to show share, forward, copy, and delete options for a selected message, an interface that reminds me a lot of WhatsApp. In the first screenshot below (leftmost), "Message 3" is selected — you can tell because it looks a tad darker than the others. (I hope the final version of Allo changes the selection color because I missed the visual cue for a while before I saw the difference in color shade.) Once you agree to delete it, the message disappears from your chat window. 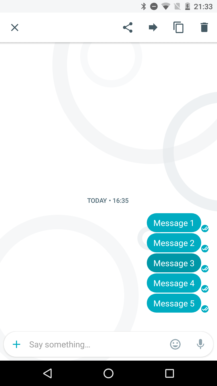 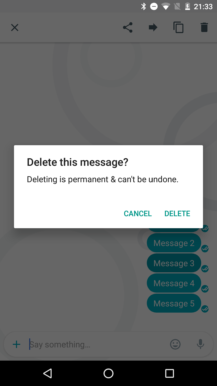 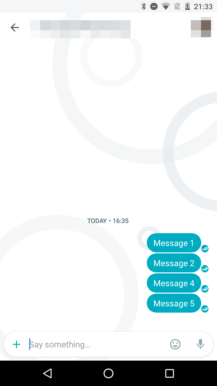 The same can be done for received messages too. Here you'll see the purple "Message 7, 8, 9, and 10" being selected and ready to be deleted. 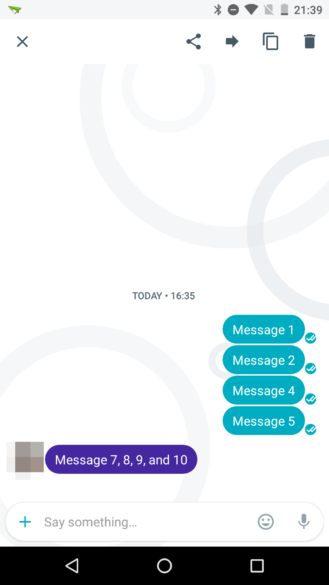 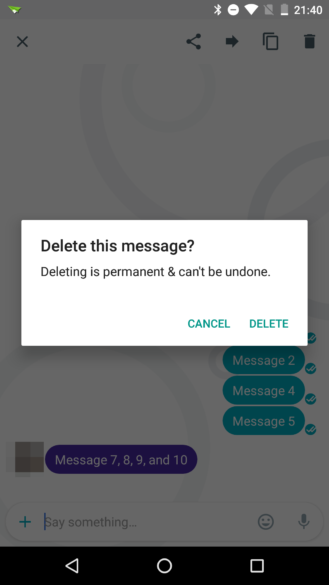 Keep in mind though that deleted messages only disappear from your device/account. They are still there on the recipient's phone, so this isn't a solution to take back something you said/an image you sent or to completely erase something you received. It's just a way to clear your own chat history — the other person still has everything unless they delete it too.

The only exception are messages you have typed but that have not been delivered yet, like the selected "Message 6" in the screenshot below. Thanks to the clock icon, you know it still hasn't been delivered to the recipient, so by deleting it now, you can avoid it being sent in the first place. 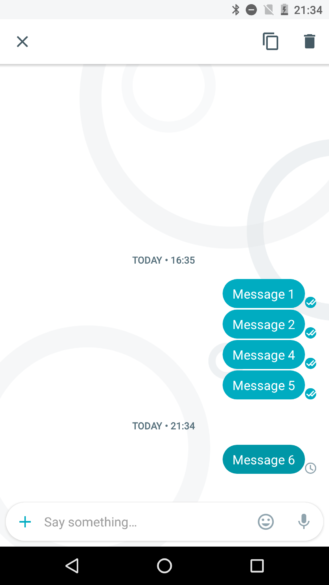 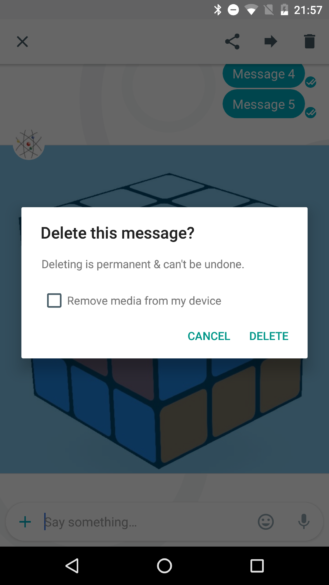 One more thing to note is that messages containing media, like photos and voice messages, will offer the option to also remove said media from your phone's storage and not just the chat window. If this is something you don't want seen at all, you will want to check that box.

Everything here doesn't just look like WhatsApp (and maybe other messaging applications too), it also works exactly the same way down to the checkbox to remove locally stored media and the permanent deletion of undelivered messages.

And if you're trying to remember what Hangouts offers in comparison... here is what I see when I select a received (left) or sent (right) message in a Hangouts chat: 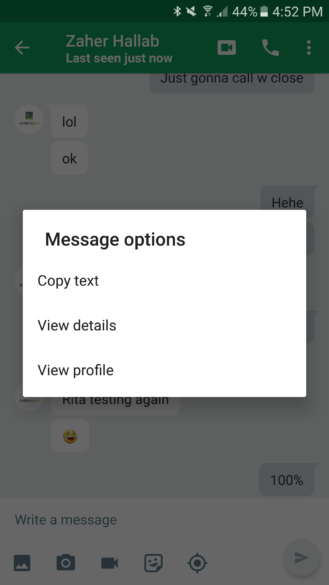 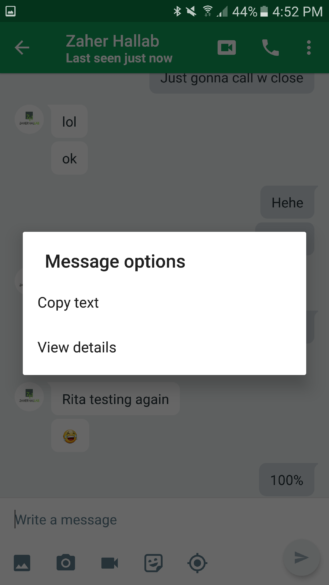 As we've said in all of our Allo posts so far, things can change until the final release of the app but we're confident this is at least one way Google is testing message deletion in its upcoming service.

Condoms, butts, and nipples: A first look at some of Google Allo's hilarious sticker packs