If you have a phone that isn't so fortunate to have been blessed with a microSD slot (*ahem*, Nexus owners) or just want to be able to access your files from multiple devices at the same time, the SanDisk Connect Wireless Stick is a good option. As part of Amazon's Deal of the Day, you'll be able to snag a 128GB model for $56.79 and a 200GB model for $71.99. They usually go for around $70 and $100 on Amazon, respectively.

SanDisk also touts the ability to automatically back up your photos and videos to the Connect Wireless Stick when connected, which could come in handy if you don't have any data or Wi-Fi to back them up through Google Photos.

If you're interested, you'll need to have an Android device running 4.2 Jellybean or higher. The stick will also work with iOS 8+, Windows Vista+, and macOS 10.6+. You'll need to hurry; as of this article's publishing, there are 8.5 hours remaining on the deal. 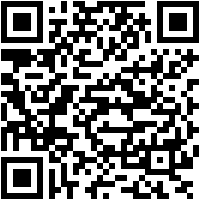