Following a surprisingly fun couple of mobile titles, Deus Ex GO takes Square Enix's formula for adapting its popular AAA series to handheld devices and brings it to the delightful Deus Ex Universe. This turn-based “point-and-click” style board game shares precious little with its cyberpunk dystopian source material (which happens to be one of my favorite franchises). However, that is not to say it is a bad thing, as the fanboy in me screams to claim. It is actually a fun, rewarding, and decidedly challenging experience that fits in nicely with the Deus Ex library.

Deus Ex GO, much like Hitman GO and Lara Croft GO before it, reminds me of some of the classic point-and-click PC titles that I grew up playing. You, the player, have a top-down isometric view of the game “board” which contains various pre-determined paths. Traveling along them requires that you click on the place you want to go, one step at a time. You play as Adam Jensen, the protagonist from the recent reboot Deus Ex: Human Revolution and the upcoming Deus Ex: Mankind Divided. The goal of each level is to reach a white circle at the end of the map. In your way are various obstacles, such as guards, turrets, and robots. In keeping with the spirit of Deus Ex, field of view is key here to navigating around them. The game fleshes out its enemies fairly early on, but combines them in very challenging ways in difficult puzzles that make for truly satisfying success. 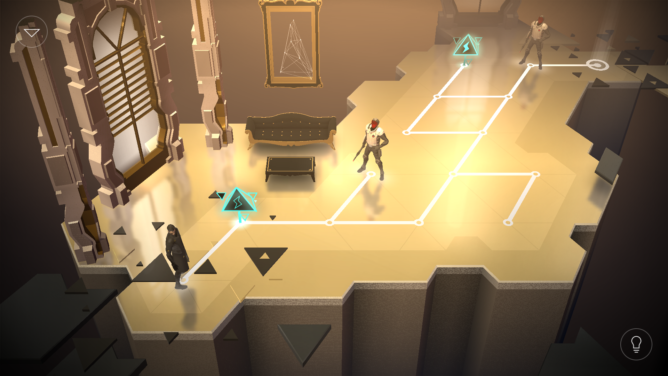 This game is considered turn-based because there is a keen focus on strategy instead of real-time action. Planning on getting around guards while sneaking past turrets, while using power-ups and hacking stations, takes serious thought on some levels. Combat involves simply clicking on the enemy you wish to attack - as long as you are not in its field of view. If that enemy sees you, the ensuing encounter will automatically lead to your demise (death requires starting the level over). This can be extremely frustrating, but it is balanced by satisfying takedowns if you confront them unawares. 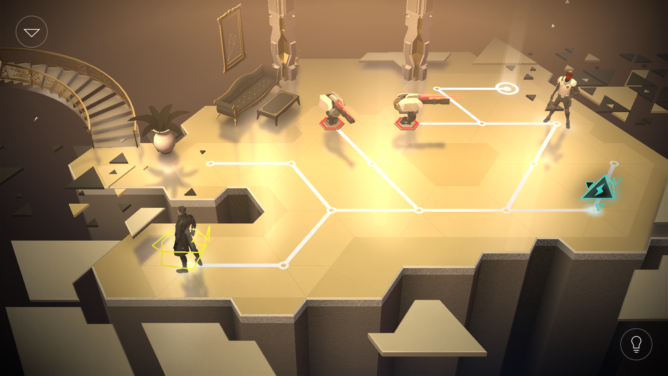 Many of the levels require you to use one of Jensen’s greatest skills: hacking. When you reach a hacking station, you have the ability to turn a turret to your side or open up a roadblock to allow for progression. Using this skill is key to passing through the levels, and certainly requires some thought on which target, or series of them, to hack. Be aware that some enemies can undo your electronic mischief!

One piece I found annoying was the severe lack of instructions. I was left to figure out how to use Jensen’s abilities, how to navigate the game boards, and how to apply those self-taught lessons to later, more difficult puzzles. 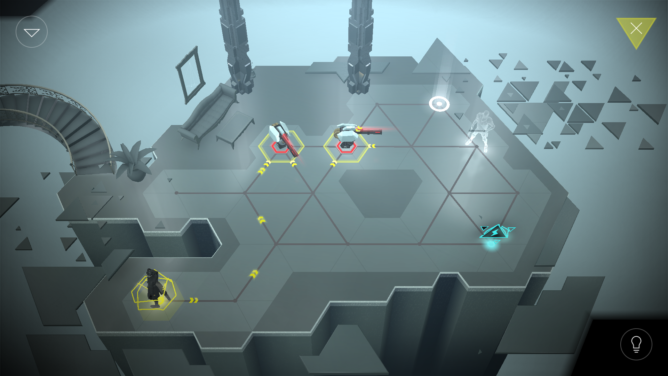 Deus Ex GO runs on the Unity3D engine, which lends itself nicely to the general yellow and triangular aesthetic of Deus Ex as a whole. As with most isometric views, you do not ever get to zoom in on anything, but the textures and character models look just fine from your vantage point. There is a focus on minimalism that serves to draw more attention to the game board so that you can plot your way through. All of this in mind, I have trouble recalling the previous backdrops as soon as I move on to the next level, with only a few exceptions. 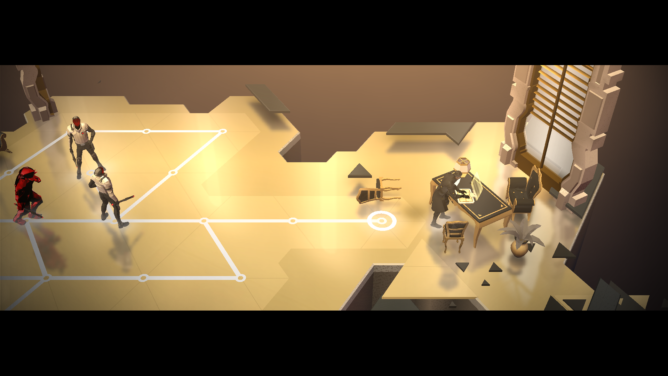 The game does have IAPs, the oh-so-dreaded horror of the mobile game space. However, the IAPs for Deus Ex GO tap out at $8. What are you getting for spending additional money? Solutions. When you start, you have two solutions available. Using one will have the board change to show you the proper steps to complete it. The IAPs are simply to buy more solutions in increments of 2, 12, and 36. Refusing to purchase any does not impede your progress through the game whatsoever - it only helps you when you get stuck. 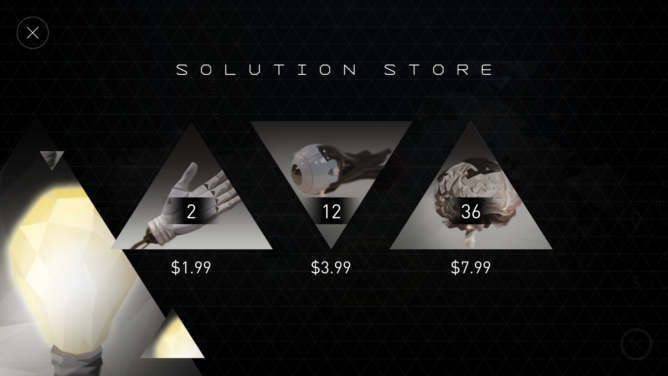 Yes. In all, this game is great. It is fun, engaging, and challenging. Square Enix knows there is quite a bit of hype for Mankind Divided, but this game does not feel like a simple mobile cash-in. At $4.99, it can seem a bit steep for a mobile game, but you get several increasingly challenging puzzles (50, plus a new puzzle each weekday, according to the Play Store listing) while you wait for the next Deus Ex game. I opted for sitting on my couch for hours playing this instead of a more robust PC game.

Material design spec adds guidance on 'up' vs 'back' navigation, strong words for notification ...