iFixit's been providing smartphone teardowns for a while, and now they've got one of Samsung's latest and greatest for us to look at. Considering the Galaxy Note7 is a water-resistant phone with curved glass on both sides, it's not unreasonable to think that it would fare poorly. That being said, it does do marginally better than the Galaxy S7 and S7 edge did. 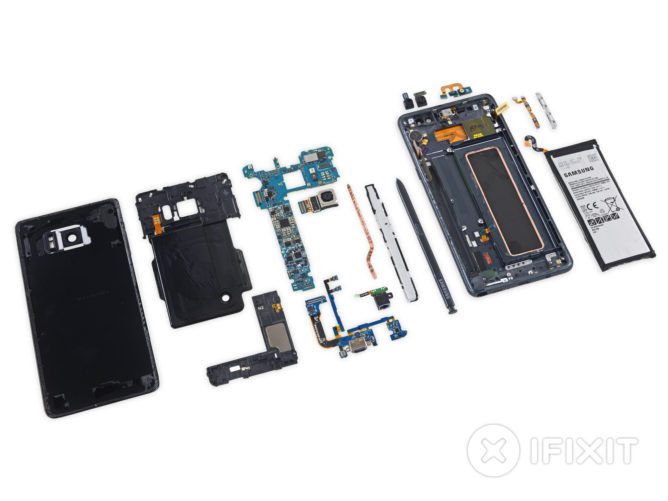 Since the Note7 doesn't have any external screws, the back has to be opened with iFixit's adhesive heater and some suction cups. Once inside, we can immediately see the wireless charging coil. Look at how much space the S Pen takes up; it's no wonder why the Note7 has a slightly smaller battery than the S7 edge. Other things of note are the iris scanner, the same camera that the S7 uses, a liquid-filled heat pipe that debuted in the S7, and all the gaskets that are required to make the Note7 IP68 water-resistant. 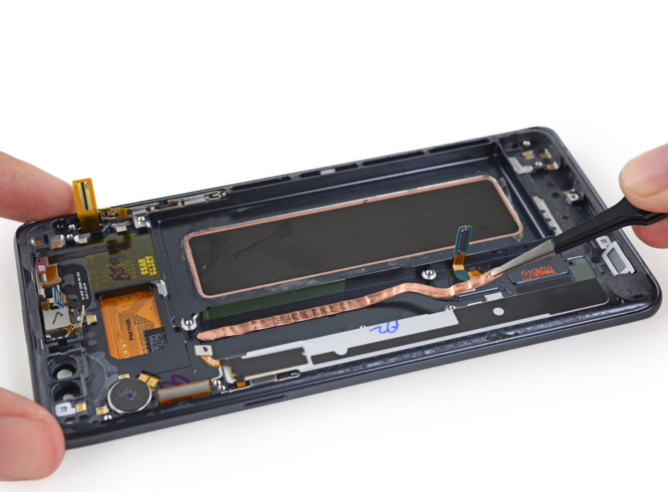 iFixit gives the Note7 a repairability score of 4/10, which is actually one point higher than the S7 and S7 edge. The reason for the improved score is some revamped cable routing. With the new layout, the Note7 no longer requires disassembling the display in order to replace the charging port. However, as with the S7 and S7 edge, it's extremely difficult to remove and replace the front glass without destroying the display panel itself. If you have a Note7, consider this a warning to treat your $850+ phone well.

Twitter is getting more granular notification settings including a 'quality filter'