Before today, only Google devices, the Sony Xperia Z3, and the Sony Xperia X Performance had Android 7.0 previews built for them. Now, another Android has joined the Nougat ranks—the LG G5. Whether you like the G5 or not (David sure didn't), it's getting a Nougat preview right now, albeit with more than a few catches.

First off, you'll need to be in South Korea. That makes some sense, given that LG is a South Korean company and that this is only a beta. But then, you also have to be using LG's Uplus cellular network, which makes your opportunity even smaller. Finally, you'll have to be one of the first 2000 people to register. (Insert joke about how LG hasn't even sold 2000 G5s here.) 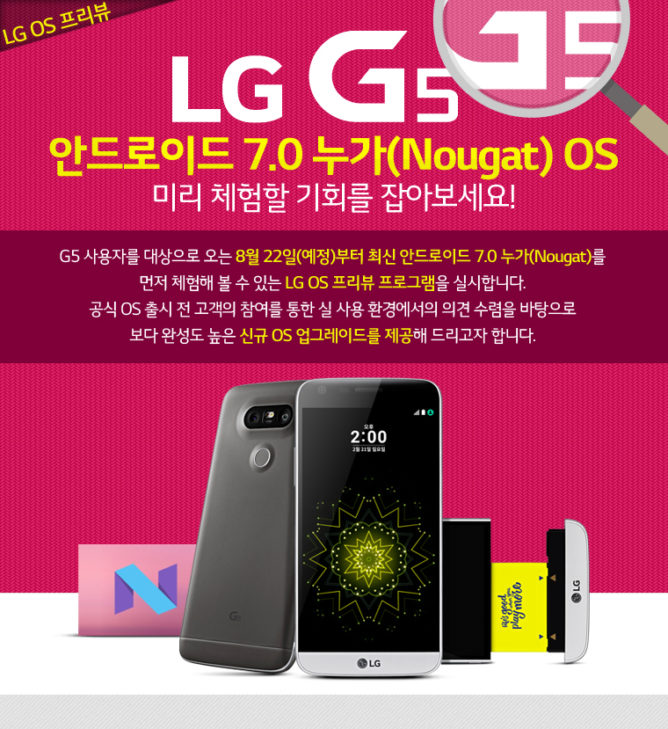 Can you read this? Yeah, me neither, but you get the gist.

Also of note is that this isn't part of Google's Android Beta Program; you'll be trying out the newest version of Android with LG's skin caked all over it. Considering how little of a change LG's UI received from Lollipop to Marshmallow, I wouldn't get my hopes too high about a dramatic redesign. If you are a G5 owner who meets all those requirements, you can register for the beta here.