NASA has plans in place to send astronauts to Mars in the next few decades. When they get there, I imagine it'll be pretty much exactly like Mars: Mars. This game takes place on Mars as you hop between platforms, exploring the surface, taking selfies (even Curiosity does it), and bringing new explorers to the planet.

All you have to do in this game is leap from one platform to the next, making use of your suit's thrusters to control your descent in Mars' low gravity. Just tap on the left and right sides of the screen to fire them. You have limited fuel for each jump, though. If you aren't going slow enough or you miss the platform, you're dead. Well, you come back to life right away, but your corpse stays there as a warning to the new you.

Mars: Mars has a Crossy Road vibe, and not just visually. The way you unlock new characters is very similar too. By completing jumps, you'll earn credits that can be used to deliver a new explorer to Mars. They'll land a few platforms ahead of you, so you just have to get there to unlock them. Many characters come with distinct themes for the Martian landscape, some of which don't really look like Mars. Oh well, it'll always be Mars in my heart. 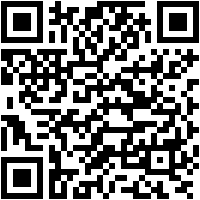 Google TalkBack gets a new icon as v5.0 rolls out more widely

[Deal Alert] Pick up an assortment of Aukey QC 2.0 chargers starting at 5 bucks after coupon