Furthermore, a poster on the NVIDIA forums claimed to have seen a mention of the device in the code for NVIDIA’s Android TV, citing it is as “Hawkeye.” He stated that “Hawkeye” had a Tegra X1 SoC, 3GB of RAM, 32GB of storage, and 1920x1200 for a screen resolution. 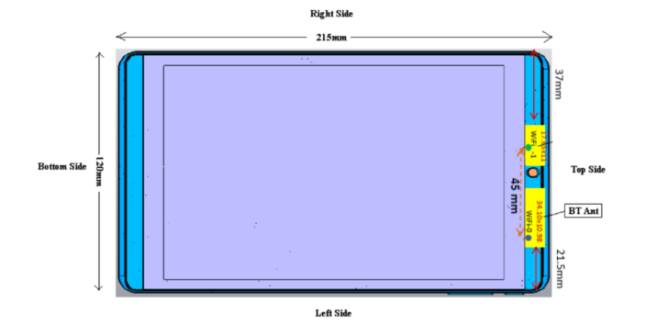 Since that leak, things have been pretty silent. However, according to a dismissal request letter submitted to the FCC by NVIDIA, the follow-up to the SHIELD Tablet K1 has been cancelled. In the letter, NVIDIA’s Compliance Engineering Manager claims that the reason for the dismissal request and cancellation of the product is “business reasons.” Perhaps NVIDIA has noted the declining tablet sales across the market, and has decided instead to focus its efforts elsewhere.

If so, then maybe not all hope for an addition to the SHIELD family is lost. We have not heard much on the Bluetooth and WiFi certifications that appeared earlier this year for the rumored device codenamed “P2523,” believed to be a follow-up to the original Shield Portable. That filing is still listed as active at the FCC.

To recap, back in March, Chinese Android news site Juggly reported that they spotted a new entry for something called “SHIELD Portable” on the Bluetooth Special Interest Group certification listing. Following that, Liliputing spotted a SHIELD Portable on the Wi-Fi Alliance Certification site. Device “P2523” is listed as having 2.4GHz/5GHz AC WiFi (the original SHIELD Portable did not have AC Wi-Fi), as well as running “Android version 5.”

While certification listings do not prove that a device will ever hit the consumer market, it does shine a bit of hope for those who enjoy the SHIELD line of devices.