It is a sad fact of life that interesting, new concepts or ideas find it hard to set the world alight because generally, we humans don't like change. That's the basic message from Larva Labs, the team behind the Flow Home launcher, which has announced that it is discontinuing active development on the app, apart from some minor updates and bug fixes.

The idea behind Flow Home was instead of showing icons, to display the thing inside the icon: pictures, videos, news, tweets, or status updates (among others). It feels a bit like the HTC homescreen feature, BlinkFeed. Sadly, Matt Hall from Larva Labs says that two major things contributed to the decision to kill off the launcher: API shut-down for social networks (Facebook, Twitter, and Instagram), and lack of people using the app full-time. Hall says in his Medium post that while they had "hundreds of thousands" of users who downloaded and checked out the app, not as many were sticking with it, making it hard to find a compelling reason to continue development.

Hall says that the team will fix some of the current bugs, including swipe away and weather issues, then remove any non-functioning services. After a beta period, this will be released on the Play Store, but eventually the app will be removed from Google Play and put up for download on the team's website. The best parts of the app will also be open-sourced, including the scrolling and animation system, and possibly the feed-retrieval feature.

It's always a pity to see a team throw in the towel, but hopefully they will stay together and come up with something else. We at Android Police wish them all the best. 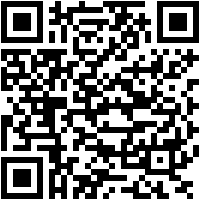